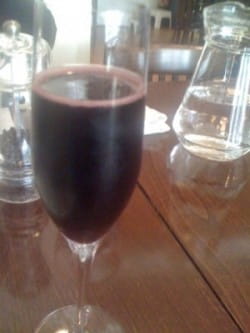 One of my favourite local restaurants Flinty Red in Bristol had put a Lambrusco Grasparossa di Castelvetro on by the glass when I went for lunch last week and it reminded me how incredibly delicious and versatile it is. So much so that we went on to order a full bottle.