The cheeses reflected the most popular individual cheeses in the countries that were participating in the event: China, Germany, Russia, the UK, the US and, of course, France and included fromage frais, Brie, Cheddar, Edam, Emmental, Camembert, Fourme d’Ambert and Roquefort. However they were more interesting than they might sound from that selection as they were supplied by maitre fromager Xavier Thuret who also brought along some ‘surprise cheeses for us to try.

The cheeses that worked best overall were the fromage frais (an extremely rich, creamy Brillat-Savarin), the Brie (much better than the Camembert, oddly, except with the XO), the Cheddar and above all the Roquefort though that too was unusually soft and unctuous though still with its characteristic saltiness. We also found the Mimolette that Xavier had brought along as an extra a fantastic match with XO.

Judging by the results of the tasting which took place over 4 sessions with 4 different styles of cognac - VS, VS frozen, VSOP and XO - you need to tailor your cognac to your cheese. Apart from the Roquefort which matched with all the cognacs most cheeses work only with one or two. Here’s what I’d pair with what.

Style: the most popular type, relatively light, fruity and with a sweet vanilla flavour.

Should also match with: other double and triple crème cheeses like Boursault and Explorateur, mascarpone and cheesecake (the patisserie group verified that). Also young Goudas, mild to medium cheddars and milder blues such as Gorgonzola, especially with honey

Cheeses that worked: Emmental (although not all our group agreed) or - for dramatic contrast - with Roquefort.

Should also match with: other mild-flavoured alpine cheeses like young Gruyère (perfect for après-ski - or other occasions when cheese is served as an aperitif), milder Bries, goats' cheese, maybe flavoured cheeses with ham or a hint of chilli or garlic. Other salty blues like Cashel Blue.

A richer, spicier style of cognac where the individual cognacs will have been aged for at least 4 years. The extra wood ageing gives a more tannic structure that needs a stronger cheese to balance it. Think cheeses that go with red wine (though cognac is obviously sweeter)

Cheeses that worked: The perfect foil for a mature cheddar with plenty of ‘bite’ and yet again for our Roquefort which was served, as you can see, in a spoon. Pretty good with the Brie de Meaux.

Should also match with: other hard English territorial cheeses such as Cheshire, Lancashire and Red Leicester. More mature Goudas. Washed rind cheeses such as Pont l’Eveque and Epoisses provided they’re not too strong. Mellow blues such as Stilton.

A more complex style with grilled nuts and dried fruit flavours. Component cognacs are at least 6 years old. Smoother with a less obvious, more integrated wood influence than the typical VSOP. Drier too with maybe a touch of rancio (oxidation)

Cheeses that worked: Succeeded with a couple of cheeses that had caused us problems - a mature Camembert and the Emmental in which it brought out extra flavour. Pretty good with cheddar, Brillat-Savarin and Roquefort though these were totally eclipsed by the match with glorious nutty, Mimolette. Possibly the best match of the lot.

Obviously these are generalisations - cognacs will differ from one house to another depending on the house style. Some are significantly more heavily wooded than others.

Cheeses too are hugely variable even changing from one day to another - depending whether they’ve been freshly bought, if they’ve been kept in the fridge and at what temperature they’re served. Our cheeses at the tasting were for the most part artisanal cheeses, served at room temperature. I suspect many milder commercially produced cheeses would not work as well or need a different style of cognac to complement them.

But probably the single most useful tip to keep in mind is that fresh cheeses generally go with younger cognacs and mature cheeses with older ones. 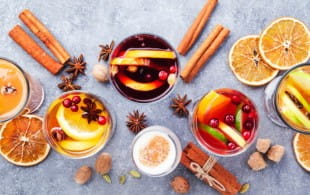 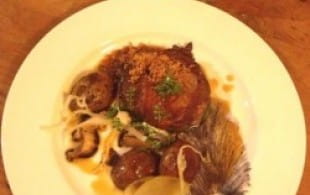 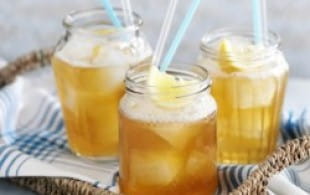