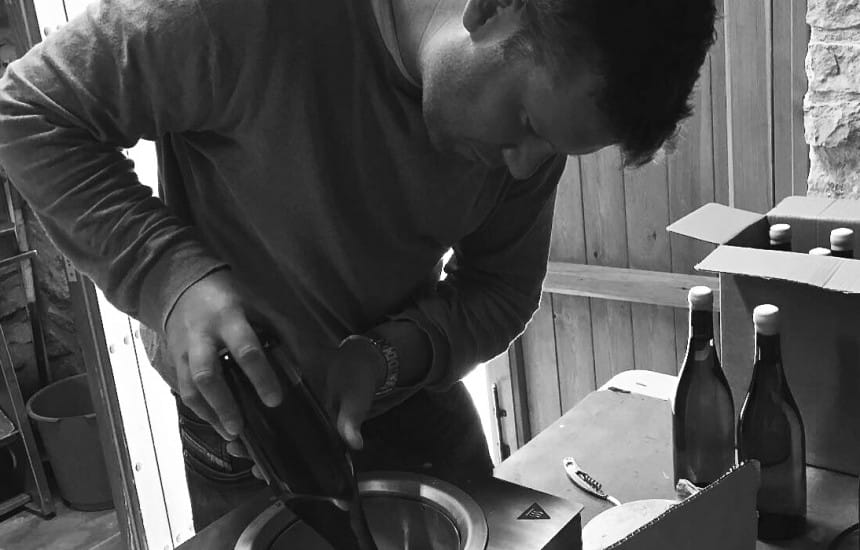 This past week Liam Steevenson MW has been living his dream, making wine in the Roussillon. Here's how he did it without owning a vineyard or a winery.

"I suppose I have always wanted to make wine. As a child, the son of a wine merchant, I grew up with wine as part of my vocabulary. Winemakers sat round our kitchen table, summer holidays were spent in the vineyards of France, I was fascinated by the whole process way before I was old enough to drink it. I went on to become a merchant myself, buying wines I loved and selling them with as much enthusiasm as I could, but in the back of my mind there was always a niggle: I wanted to make the stuff.

A buying stint at Waitrose, gave me the confidence to blend, to pull out the elements in a cellar I liked, and create wines that suited our customers' palates, but it was not enough, I wanted to get my hands more dirty than that. With not enough money to buy a vineyard I realised the only way I would ever afford one was to create the demand before I had paid for the supply. I headed for the Roussillon, a region whose combination of terroir, vine stock and artisanal ambition appealed to me.

In a small village called Estagel I found a small family winery with very basic equipment, but an incredible vineyard resource and struck a deal. I would make two barrels of wine in their cellar, if I could sell them then the next year I would come back and make 4. This growth would carry on until I was consistently selling through 18 barrels, at which point I could get a loan from the bank and buy some of the vineyard. We are now at 12 barrels and will make 18 next year.

I borrowed some winemaking techniques I had learnt in Priorat, a region in Spain, on which I wrote my Master of Wine dissertation fifteen years before. We hand harvested grenache, carignan, syrah and mourvèdre from the ancient vines (many over 100 years old), and fermented them in open top 500 litre barrels, using our hands in a form of manual pigeage, to slowly and gently draw out colour, flavour and structure. 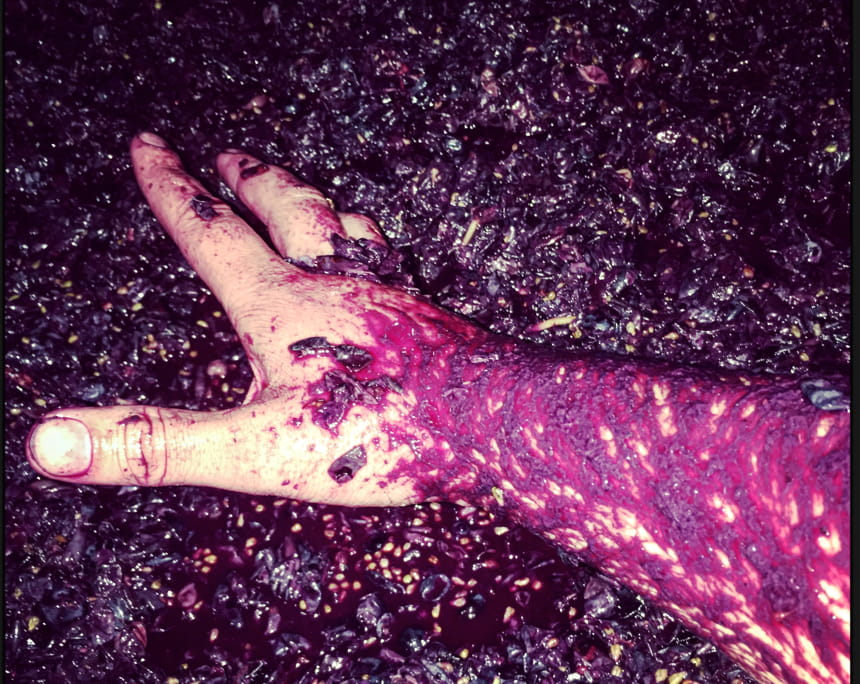 Fermentation in the cold cellars was drawn out, allowing the red, fresh elements in the wine, a reflection also of the granite soils on which the carignan in particular was planted, to remain central to the wine. On completion of fermentation, when all the sugar had converted to alcohol we transferred the wine into standard 225 litre barrels and let the wine mature for 18 months before bottling.

Naming a wine is like naming a child, there was a list on my fridge door for months. Then walking through the vineyards one day a picked up a small, yellow flower that was growing among the vines. Immortelle, I was told, was a regional flower named because long after being picked it retained its colour and structure, characteristics which I also looked for in my wine.

I spent the last couple of weeks in Estagel, with a sense of belonging, a tie to a place from which I have been able to create a reflection of and somehow left my own finger print, it has been an incredible journey that has yielded a wine of quality far greater than I could have ever hoped and may yet afford me the vineyard I have long craved.

Last year I started to consider another project. Customers I was selling Immortelle to were interested in a white wine partner and I personally wanted to push my winemaking learning with different techniques and in a different region.

I have long been admirer of white grenache, a little known varietal, that has a flavour profile and textural quality I enjoy. Crossing the Pyrenees from the Roussillon into Spain, through Barcelona and up into the hills beyond you eventually come to the high altitude and incredibly remote region of Terra Alta. The white grenache there has its ripeness tempered by the strong wind 'Garbi' that blows through the vines, giving an otherwise rich and opulent varietal acidity and freshness. 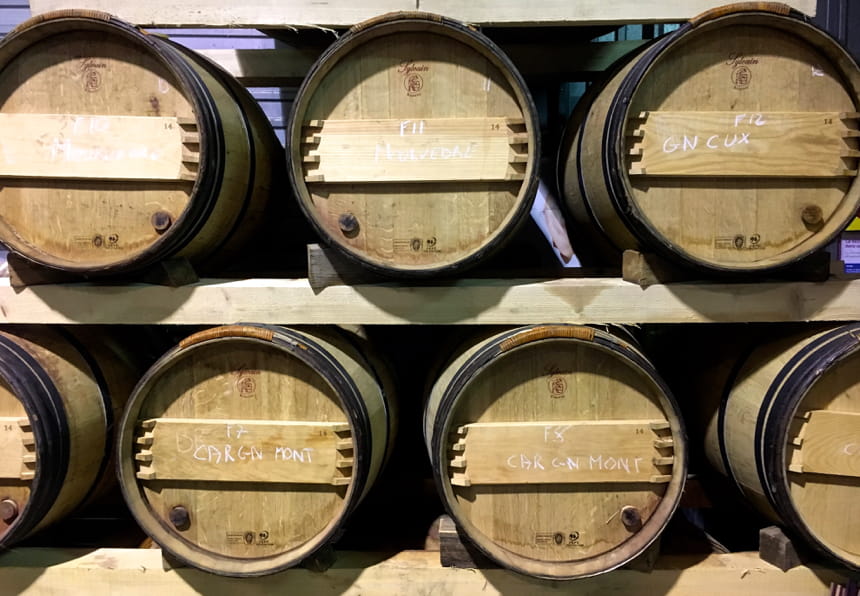 Some grapes ally themselves well to oak fermentation, others have a much less happy marriage: white grenache and quality new oak combine beautifully. I have never purchased new barrels before, but headed to the famous Tonnellerie Boutes in Saint Emilion, who since 1880 have been creating some of the worlds finest oak casks, and purchased some 500 litre, medium toast barrels and shipped them to the tiny village of Vilalba dels Arcs, where we pressed the hand picked grapes and filled them for a high solid ferment and period of maturation.

As I write this El Garbi is only 10 weeks in bottle, but already the signs are there of an incredible wine, with a wet wool, lanolin character that reminds me of top end Meursault. It will take 6 months in bottle for this wine to start to fully express itself, but I am incredibly excited about where this project has taken me.

Ten years ago I never believed I would one day own vineyards but today it looks a distinct reality in two of my favourite regions of the world. In the fast paced world of wine consultancy, i love the fact that these two areas with their incredible history, evolve at a pace that generations of winemaking families have established.

To be able to slow down and play an active role in such places is thrilling, giving a cultural and social aspect to my work that, although not the original reason, now feels like the most important result of starting two very personal projects."

Liam Steevenson is a wine consultant, educator and wine importer as well as being a fledgling winemaker. You can contact him through Global Wine Solutions or via Twitter @liamsteevenson.