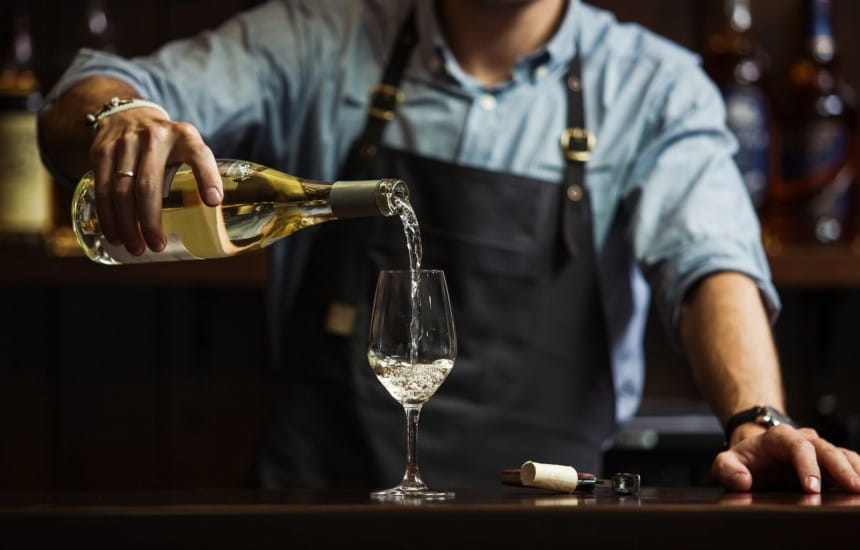 "Being handed the wine list in a restaurant is such a simple act, a seemingly mundane plonking of pages into someone's hands, yet carries with it an unspoken social dance with factors including fear, power, and assumption needing to be negotiated.

Firstly, who gets handed the list? In a group, a leader will emerge, brave and strong, and take on this weighty (often onerous) task. "You know about wine, you choose...", will be uttered by someone, and if that somebody is you, the answer "no I don't", won't quite cut it.

None of us will know every single wine on a list, but there are a few universal truths that can be handy to recall when the pressure is on and that leather bound tome lands in your lap . . .

What are the best value wines on a list?

Some wine regions absolutely offer better value pound for pound, (or dollar for dollar), and it's useful to have a few of these in the mental locker when you have a particular price ceiling that you don't want to smash through.

Firstly, German Riesling. Over a hundred years ago the finest wines of Germany were fetching higher prices than top Bordeaux. The stigma of poor wines being made a few decades ago is still being shaken off, making these wines undervalued and underrated, even now. A Riesling Kabinett Trocken will knock many other dry whites outta the park for quality/value, but do ask how dry it is, as styles can still vary: £30 should get you something very good indeed.

The South-West and the Languedoc-Roussillon area of Southern France are wonderful hunting grounds to plunder for consistent, crowd pleasing reds, with appellations such as Bergerac, Cahors, Fronton and Gaillac offering great value: £25-30 spent here will reward greatly.

The wines of Ribera del Duero tend to deliver a bit more value than better known Rioja, and Argentinian Malbec is a great option as you're pretty much guaranteed a good slug of dark, supple fruit which tends to be a little more interesting than Chilean Cabernet Sauvignon and Merlot at a similar price point.

Are there any types of wines you should avoid?

Red Burgundy is perhaps the most fruitless of buying gambles on a restaurant wine list. Firstly, you can almost discount anything immediately under £30 (rare exceptions), and secondly, the fragile Pinot Noir grape is notoriously moody, greatly susceptible to vintage variations, and sometimes even the same wine will perform/taste differently on a different day.

The 'heartbreak' grape is well named. If you know a Burgundy grower you like, you're on the path to getting something you'll enjoy, but blindly buying a Nuits-St-Georges because you "once enjoyed one", is a recipe for getting burned: hundreds of different growers, each with their own vineyard plots and differing styles.

My beloved California offers very little value on the whole under £50, and is best left for bigger budgets and more lavish days (I can't be trusted in front of good Californian wine list, the budget being tossed to the four winds...)

Is it a good idea to buy wine by the glass?

Quite simply, if you're having one glass of a particular wine, yes. It's the opportunity to try a few different wines, and if the by the glass list is extensive, this can be a joy.

If there are more than two of you, then as a general rule, no. Restaurants tend to make a slightly higher margin on by the glass sales (to create a buffer for wastage of wine not sold), so be bold, be brave, make a decision on wine everyone should like, and order a whole bottle (or two) for maximum value.

Is it safe to order the house wine?

Good restaurants have good house wine, and in many ways the quality of the entry point on a list says a lot about the ambitions of the venue. It's a lot more satisfying to source and list a cracking house wine, and it's a source of pride for those putting together good wine lists.

The oft quoted "choose the second wine up" rule should be kicked into row Z though.

Can you trust a sommelier? Won't they always get you to spend more than you want?

Perhaps. But in the main, no. The real joy of the role (and one I enjoyed greatly at Zucca in Bermondsey, which had a fantastic list), is gauging the needs of the diner (style/budget/occasion) and plucking something out that ticks all the boxes, makes them smile, and enhances the experience.

When the job is performed really well, the trust created between diner and sommelier can be a magical thing, the sommelier leading the way and pouring exactly what the diner had in mind.

Selling more expensive wine won't benefit the sommelier, they're not City traders working on a commission. Trust them, ask questions, engage: it's what they are there for.

Why do restaurants charge such big mark-ups?

Do they really? One of the fallacies about wine pricing in a restaurant is that somehow you're being "fleeced". The restaurant game may be glamorous from the outside, a riot of fun times and carousing, but ultimately it's still bloody hard to make money from this industry, and history is littered with 'crash and burn' restaurants.

There's only so far you can push your margins on food, and if you're using great ingredients, even less so. The wine list is one of the few areas where some margin can be clawed back.

But hang on a minute, we're not just paying for the wine. Staff have to be employed, a restaurant has to be kitted out, premiums and rent have to be paid (landlords, as elsewhere, can be vicious), glasses have to be bought (breakages, breakages), and so it goes on.

We're paying for the whole package, the experience, the fun times, and shouldn't be too churlish when we see a restaurant wanting to make a bit of money. Want your restaurant to stay open? Help a brother out, man...

How do you chose a wine if everyone's ordering different dishes?

I wouldn't be too precious about this. Although, it will of course depend on the crowd you're with. Despite the wonderful intricacies and 'lightbulb' moment food and wine matches, it's more important to choose a style of wine that most people are happy with and go with it. No meal was ever ruined by the wine not matching perfectly.

Do I need to worry about vintages?

For most of us, no. The only time when this kind of detail should start impacting on your wine list decisions is when you're shelling out serious wonga on wines like fine Burgundy, Bordeaux, or Champagne, where vintage fluctuations can be dramatic and palate defining.

As a very broad generalisation, New World wines now tend to be so consistent across vintages, that only the most supercilious wine nerd (I count myself amongst this tedious crowd) will genuinely have their experience impacted by a ‘lesser’ vintage. Get thee behind me, vintages...

What should I be looking for when I taste the wine (i.e. if it's faulty)?

The most common wine fault remains the compound 2,4,6-trichloroanisole (catchy name), or TCA as it is handily abbreviated, having been transferred by or through the cork itself, its giveaway odour being varying degrees of 'damp cellar', 'mouldy newspaper', 'damp cloth', 'wet dog'. This is the 'corked' wine of ill repute.

Sometimes a wine is horrifically corked and undrinkable, most often less severe with each person's sensitivity to its tell-tale signs differing, making for hours of fun involving "is it corked, I don't think it's corked?" exchanges.

TCA dulls the fruit character of a wine, and at times the only way you're certain is if you've had that exact wine before, and it behaves like a shy, muted version of its former self.

The other most common fault detectable in a wine will be oxidation, a wine that is too far down the path to its ultimate destiny of becoming vinegar. However, in these days of the 'natural wine' movement, with reduced levels of sulphur being used (which help protect wine against premature oxidation), the lines have become blurred about what is acceptable. Wine geeks step forth and argue amongst yourselves...

What do I do if I don't like the wine? Do I have a right to get them to change it?

You have the right to express dissatisfaction with any part of your meal, and that includes the wine — you're the paying customer, after all. I would suggest you do this before you've necked the whole bottle. Even more so if that bottle happened to be Château Latour 1982. Good luck with having that taken off your bill...

Zeren Wilson is a wine consultant and restaurant critic with his own blog Bitten & Written. He also writes for Eater London.

If one is concerned with cost, stay home.

"Trust the sommelier"... Yeah, ok. I've had thirty years in the food industry, and I've yet to meet a critic or a foodie columnist who's worked five minutes in a restaurant. Good luck with that. Cheerio chaps!

Enjoyed this article a lot. I slightly disagree with the mark-up aspect although I fully appreciate the need for a restaurant to make a profit. But seeing a wine you buy regularly at a wine shop for £12, on a menu at £35-£40 is taking the piss and feeling you are being ripped off can impact the whole experience.

I kind of follow a process on the wine buying. Colour-type-Country-region/name/price. Price is not the least important, it’s just the other boxes have to be ticked first. Never do I start with what’s in my price range, because if I do I may pay less for something I may not enjoy. I’d rather drink water or Diet Coke than have an “average” wine experience.

Interesting article though I think the high prices on wines in restaurants are outlandish we did the same at cracking the Wine List on our YouTube channel Wine Jam it shown constant show of similar wines in most restaurants and interesting layouts too! 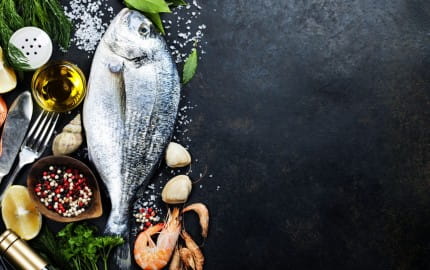 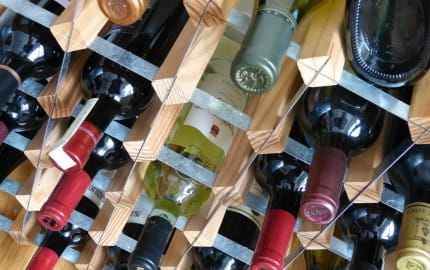