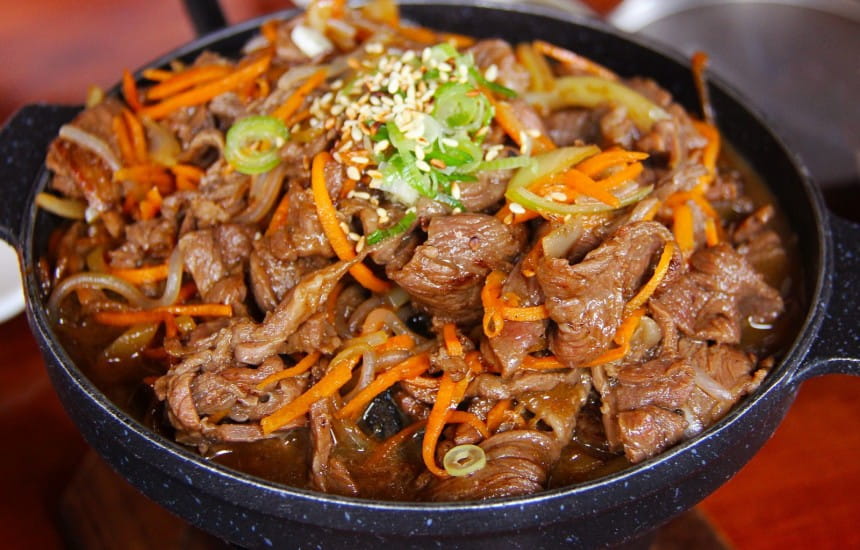 The first thing everyone asked me when I got back from Korea was what does the food taste like? Unless you live in London, or New Malden in Surrey, which, rather randomly, boasts the UK’s biggest concentration of Korean restaurants, then you probably won’t be familiar with Korean food.

It borrows elements from China and Japan, sure, but Korea has its own distinct cuisine, which has developed over several thousand years, from humble meals served in Buddhist temples to intricate feasts served in ancient palaces.

Lesson one: every meal must be balanced. It’s the ying and yang approach - or as your average Korean puts it, a meal has to have five natural elements of the positive and negative. Think sweet and sour, salty and bitter – and a riot of colour.

And they love to share – dishes arrive all at once, often more than ten, whether you are dining alone, or in a group. Though gluttons can relax – you order your own main dish, from bap (cooked rice) to juk (porridge), to tteokguk (sliced rice pasta soup) to sujebi and mandu (dumplings).

And before you start baulking at the sheer volume of food, Korean food is healthy stuff. This is the home of kimchi, a fermented vegetable dish that no Korean meal would be without. Heralded as one of the world’s healthiest foods, there are more than 200 types, loaded with A, B and C vitamins, and bursting with healthy bacteria called lactobacilli.

Row upon row of brown earthenware pots crowd out gardens and back yards stuffed with different types of kimchi - from the most commonly scoffed cabbage kimchi (tongbaechu), to oisobagi (cucumber kimchi).

Why are they kept outside? Kimchi stinks. It gets into your clothes, your hair - every pore. The Koreans even have a special fridge to store it. But don’t let that put you off - the flavours are exciting and you’ll be hooked from the start.

Other key ingredients? Rice rules, from the sweet, sticky, brightly coloured rice cakes (tteok) we ate washed down with flower teas, to the baked risotto-style bibimbap, where you scoop up unctuous crunchy rice from the bottom of hot stone bowls.

Flavours are big, thanks to a range of punchy seasonings from soy sauce and soybean paste (doenjang) used to give a kick to stews and added to wheat flour pancakes (jangtteok), to mustard, cinnamon, ginger, garlic, sesame salt, and vinegar. Not forgetting green onions (spring onions), which we ate in abundance with pretty much everything.

To drink? Tea, mostly. Barley rules, along with roasted rice tea. And if you’re in the mood for alcohol, then soju is the nation’s favourite alcoholic drink. Clear, like vodka, and made from distilling a fermented mash of rice or sweet potatoes, it packs a punch at well over 20% abv. I preferred the lower alcohol makgeolli (the peasant’s drink of choice) - milk-coloured, with a sweet and sour taste, and my perfect match for Korean food.

Surrounded by the sea on three sides, 70% of Korea is mountainous, the tree-covered hills breaking up endless fields of poly-tunnelled produce. But the mountains serve another purpose, too, dividing each region, giving each one a particular microclimate - and style of food.

There are ten distinctive regional cuisines in Korea. The capital Seoul, for example, was at the heart of the Joseon dynasty, which gave birth to a complex, elegant style of royal cooking, with presentation a key element.

Further south (about four hours drive from Seoul) is the Jeolla-do region. Known as Korea’s food capital, the food is saltier, spicier and more pungent than the rest, drawing ingredients from the surrounding rich farmland dotted with paddy fields, and from the sea which borders the region on its west and south coasts.

The Koreans aren’t as uptight as the Japanese when it comes to table manners. Far from it – they get stuck in, each dipping their chopsticks into the shared dishes, and eating at breakneck speeds. A full Korean meal is over within the hour - there’s no lingering over mouthfuls here.

I cooked a Korean meal as soon as I got home, choosing my favourite dish of the trip, japchae. A colourful sweet potato starch cellophane noodle dish packed with stir-fried vegetables, bolstered by thinly sliced beef, and boosted by an intense sesame, spring onion and chilli marinade.

Each vegetable is painstakingly sliced matchstick thin, cucumbers and carrots are salted to rid them of excess water, and each vegetable is pan-fried separately (they do a lot of that), before combining the ingredients and garnishing with paper thin slices of omelette. It’s all in the prep, they’ll tell you – but so worth the effort.

Fiona Sims is a food, wine and travel writer and regular contributor to the Times. 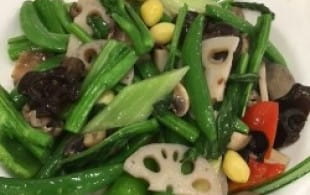 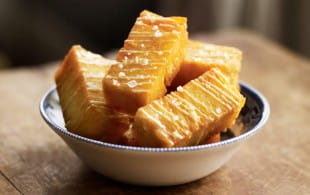