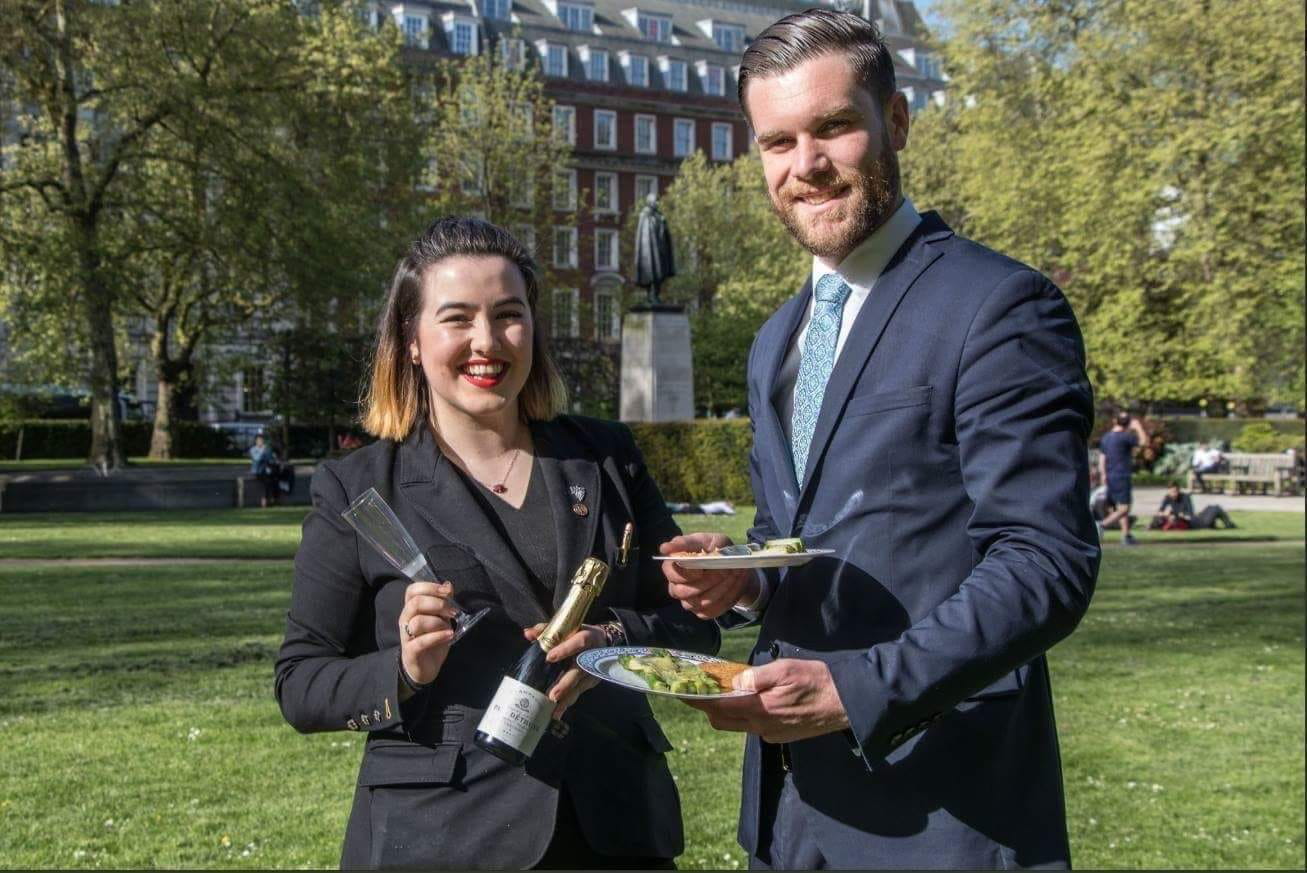 On the floor the lights are low, the customers are munching away on their Dover soles and their duck breasts, the musak is playing gently in the background. 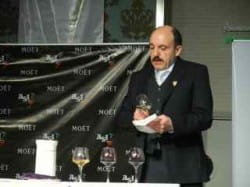 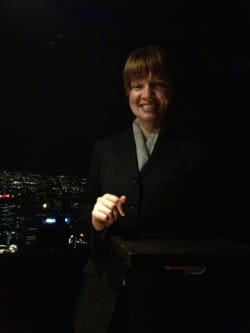 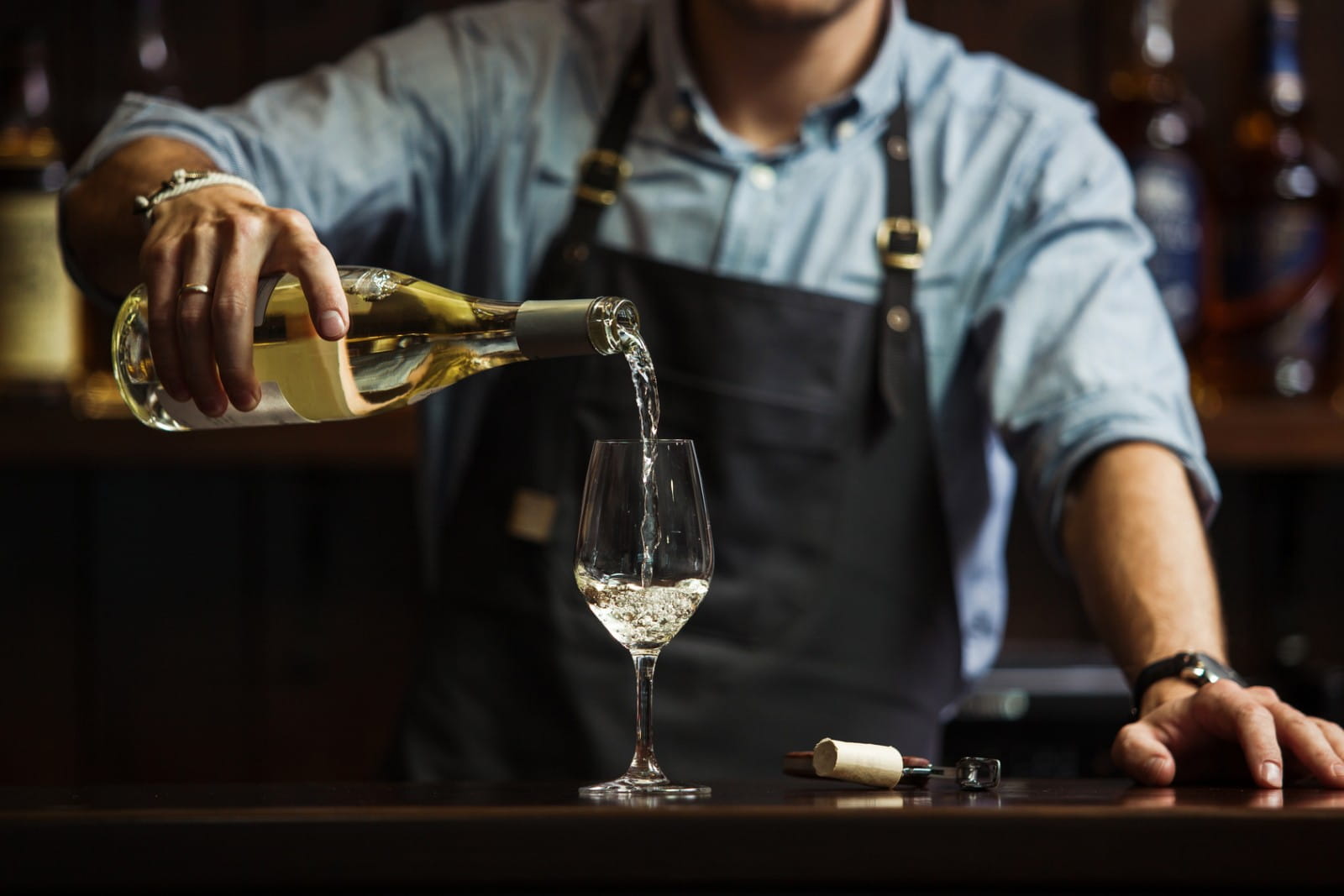