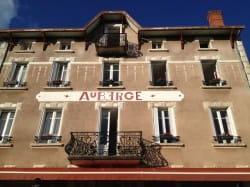 These are not for those of you who are looking for luxury accommodation. They are simple places and ones that are characteristically French. Most are in quiet towns or countryside or have off-street parking as the car was invariably laden with wine on the return trip at least . . . 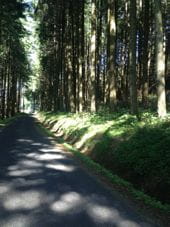 Possibly my favourite place to stay in France, this fine old inn (above) is right up in the forests of the Auvergne in a tiny village called Chassignolles. We used to go every year for the fête du vin which must be the smallest wine fair in the world with about 10 natural wine producers. It was started by Harry Lester of the Anchor and Hope but a Bristol chef, Peter Taylor of Riverstation, has now taken over along with a young American chef Matt who is cultivating the restaurant garden and rearing his own chickens.

Rooms are simple, clean and old-fashioned but the main draw, apart from the glorious countryside, is the five course family-style dinner for just 25€ - ironic that it takes a Brit to serve good French food these days. Open from May to mid-October. Perfect for a get-away-from-it-all break. Rooms 60€, breakfast 7.50€. Even TripAdvisor loves it - there’s a really sweet account by one contributor on how he proposed to his girlfriend. (2014)

We found this old-fashioned city centre hotel in possibly the least well known town in Champagne, a useful stopping point about 3 hours from the Tunnel. It has a Michelin-starred restaurant but we always ate in the brasserie Les Temps Changent where they do a really good two course meal for 28€ or €34 for three. Rooms range from 105€ to 215€ for a double - not bad for Champagne. They’re chi-chi rather than chic but it is only a stopover. We usually skip breakfast but there’s a very good weekend brunch. Oh, and there’s a lock-up garage but you need to reserve a space. (2014) 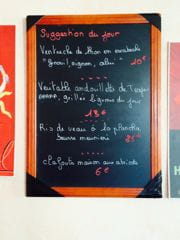 This is more a restaurant with rooms than a hotel - the rooms are pretty spartan but at 69€ a night, who’s complaining? The hotel offers the classic kind of Burgundian food that’s increasingly hard to find these days - there’s a very good value 4 course set menu for 29€ including jambon persillé and boeuf bourguignon and a good and fairly priced wine list (we drank a lovely bottle of Domaine de Chassorney 2011 Saint Romain sous Roches). Saint-Romain, an underrated Burgundy village down the road from the famous Francois Frères tonnellerie (barrel makers), is charming and obviously much quieter - and cheaper - than staying in Beaune. At least if you don’t go mad on the wine. (2014) 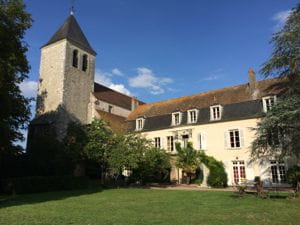 We were gutted to find the owners of Le Prieuré, a really lovely Chambres d’Hotes overlooking the upper end of the Loire near Sancerre were selling up but judging by recent Tripadvisor reviews it's still a special place. The rooms share a large comfortable living room and there’s a family-style breakfast room downstairs. The 100€ room rate includes breakfast though I don't know if they still do their amazing array of homemade jams. There’s not much in the way of restaurants nearby though the wine bar, The Square, while suffering from mildly scatty service, had some imaginative cooking (we had some very well-spiced meatballs). You’ll need to book - it’s clearly popular with the locals, particularly the outside tables. (2014) 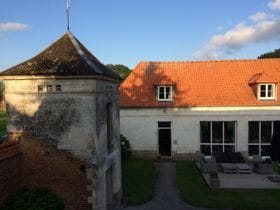 This was invariably our last night’s stop at the end of the holiday. it’s in the country, just off the motorway to Boulogne, only an hour and a quarter from the Channel Tunnel so particularly useful if you’re coming back from Brittany or elsewhere on the west coast of France. The modern rooms (priced from 85€) are in a converted stable block which also houses a stylish restaurant with the kind of food you’d find in a contemporary bistro in Paris (it’s recommended in Le Fooding). The terrine, handed round at the start of the meal is a lovely hospitable touch on top of the 32€ three course menu. There’s also a largely natural (but unscary) wine list. Don’t skip the breakfast of freshly baked brioche and home-made jams. Also listed by Alistair Sawday. (2014) 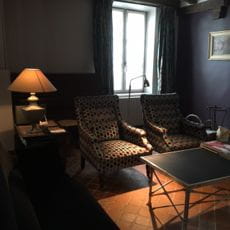 My friends booked this great little B & B just off the A10 south of Paris on a trip last year. It doesn't look much from the outside but is stylishly decorated throughout with some particularly spacious public rooms including a large dining table on which we spread our evening picnic. (Though there are restaurants nearby) The four rooms are arranged around an open courtyard - mine, a twin called La Couverie, was upstairs over the office with the bathroom on the other side of the stairwell - you need to take care of the low beams and steep stairs if you get up in the night! Well-equipped rooms (starting at 99€) charming English-speaking host, generous breakfast, included in the room rate. A good stop if you've come over on a day boat to Le Havre or Cherbourg though beware! Don't get sucked by your satnav into the nightmare of the underground periphique round Paris! (2016)

Good post and right to the point. I don’t know if this is really the best place to ask but do you people have any thoughts on where to employ some professional writers? Thank you 🙂http://zuraltenoder.de/

Good tip, Lucy, thanks for that. General reaction on Tripadvisor is that it still seems to be keeping up standards!

Great list – thanks Fiona. We also love the Prieuré St Agnan and have just got home after breaking our journey there on Friday. Really hope the new people do it justice. On the owners' recommendation we had an excellent meal at Bistrot d'Anatole – lots of clear, vibrant flavours really well suited to the local wines.

Good point though we generally have a wander round Chalons when we stay there!

Have to thank you again for pointing us at La Cour de Remi and Chassignolles.
We've also dined at the brasserie Les Temps Changent in Chalons-en-Champagne a couple of times. Stayed in functional hotels by the by-pass and walking into town is good "on the road" exercise. 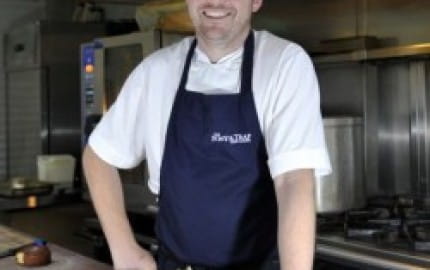