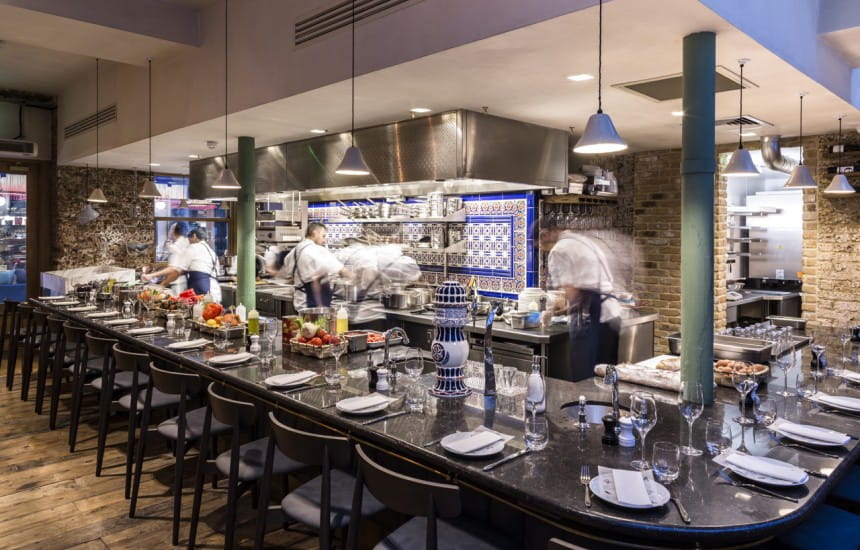 Why the interest? Well. Barragan Mohacho was the much feted chef at Fino and then the Barrafina group of restaurants where Etura was general manager. The fact that the two get equal billing at Sabor, which is backed by the all-powerful Sethi family who also own Bubbledogs, Gymkhana and Lyles underlines their conviction that hospitality is as important as food when it comes to the long term success of a restaurant. (They’re right, of course)

They’ve got the location spot on too. It’s a prime site in a tiny alleyway off Regent Street called Heddon Street but once through the door you immediately feel you’re in Spain.

At the heart of the restaurant is the kitchen, surrounded by a long circular bar - on the other side a more modest bar which functions as a holding area but which has good food on offer too. DO NOT ON ANY ACCOUNT MISS the camarones (shrimp fritos and fried egg - a ridiculously good Spanish take on egg and chips.) 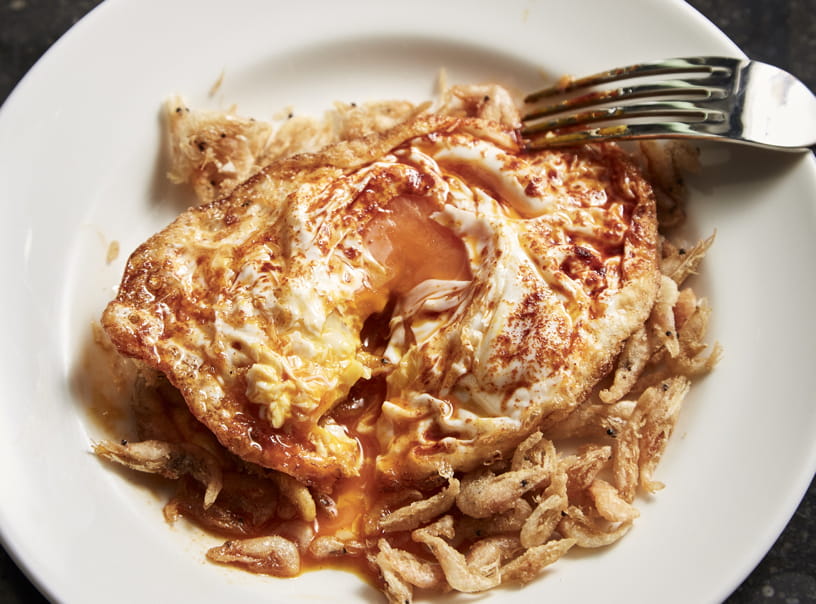 Barragan Mohacho, a small neat figure works swiftly and skilfully the other side of the counter putting the final touches to plates and occasionally venturing out to warmly greet a friend or previous regular.

It’s tough to decide what to order. I go for the queso fresco (fresh cheese) and black truffle brioche which has already become a bit of an icon dish despite the fact that no-one can make it look any good on instagram. It comes out showered with a cascade of grated truffles which seems absurdly lavish for £9.50. Frit Marinar is not, as I expect, a Spanish-style fritto misto but a hearty dish of seared cuttlefish with peppers, aubergines and other Mediterranean vegetables which would make a meal in itself.

On a second visit (fairly rapidly after the first) we demolish lardo, anchovies and picos (not quite as good as the anchovies at nearby Rambla to be honest but it’s the only fault I can find with the place), skate tempura - again an exemplary example of the frier’s art and the very last portion of the empanada de pulpo - a sensationally good octopus pie. Oh, and the croquetas, the acid test of a tapas bar, are just perfect. Light and airy on the inside with a perfect crisp shell. The prawn seems to be a permanent fixture with a regularly changing variation, piquillo peppers on the day we were there.

The lightning speed of service means you’re better to order 2-3 dishes at a time or you’ll be in and out in 45 minutes flat - when you’d happily spend the whole afternoon or evening there which is not, of course, what they want. Anyway it makes it the perfect place for a pre- or post-theatre dinner - if you can get in. Expect queues as they take no reservations

The wine list which is naturally all Spanish is relatively short but thoughtfully chosen though it’s actually quite tempting to have a beer. They have Estrella’s 1906 Reserva Especial which is basically a posh lager though it comes in rather stylish Sabor-branded beer glasses. Obviously I’m not the only one to fancy that.

If you want to go with a party you’d be better off to book at the Asador upstairs although even this is relatively casual with big shared tables. I haven’t made it there yet but early reports are all positive. It has a wood fired oven and specialises in suckling pig and octopus so it’s maybe not the ideal place to go if you’re a veggie. But then where in Spain is?

In truth Sabor is the perfect place to eat on your own because it’s all about the bar and the theatre in the kitchen behind it. You should, in theory, be able to get away with a bill of under £40 if you don’t go mad but given you’ll probably feel bound to order what’s on your neighbour’s plate don’t count on that. (That fate befell me on my first visit with the chargrilled baby potatoes and sobrasada, a dish you should definitely order if you’re a fellow potato addict)

There are many good Spanish restaurants in London these days but none that feels quite so authentically Spanish. Weather excepted, of course ....