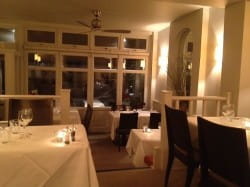 The Brackenbury: a rather nice restaurant

My father, a sweet man who was never unpleasant about anyone had a phrase for people or places about which he couldn’t summon up much enthusiasm. "Rather nice."

The Brackenbury is rather nice. The food is nice. The wine is nice (actually very nice). I just can’t get quite as excited as I feel I should about it.

That’s partly due to the burden of expectation I brought to my first visit last night. Back in the '90s, when it was run by Adam and Kate Robinson it was one of the most popular restaurants in London. To hear that it had been taken over by Ossie Gray former manager and wine buyer for the River Cafe (and son of the late great Rose) and the well-qualified Humphrey Fletcher who had also cheffed at the River Caff, Kensington Place and all sorts of other worthy places promised a return to the good old days 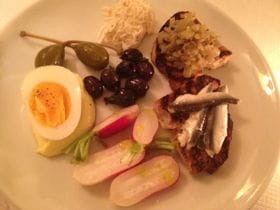 The food is certainly hard to fault kicking off with the stylish little ‘plate of savouries’ we ordered while we were trying to decide what else to eat - olives, capers, a very good egg mayonnaise and a couple of mini bruschetti, topped with softly cooked onions and anchovies.

My starter of vodka-cured salmon with roast baby beets and a punchy horseradish dressing was delicious. My host had a generous scoop of very well made rillettes and celeriac remoulade. Classic.

We both opted for fish as a main course, in my case a satisfyingly chunky piece of Skrei cod which broke into beautiful pearly flakes. It came with salsa verde, radicchio and (very slightly underdone) potatoes. My friend had a nicely cooked (drat that word keeps creeping in) fresh lemon sole with braised peas and lettuce

He had cheese - a slice of well-matured Lincolnshire Poacher, home-made chutney and oatcakes. I went for Yorkshire ginger pudding with butterscotch sauce - basically a gingery sticky toffee pudding. Ni... No, I’m not going to say that. Perfectly fine though I think I should have ordered the rather more glamourous iced Paris brest, a giant profiterole with hot chocolate sauce which I spotted sailing past. 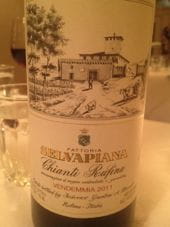 We ordered a glass of pinot bianco (impeccable) and a classy bottle of Selvapiana Chianti* which would probably have cost at least a tenner more at the River Café.

So what’s the problem? I guess it’s that the restaurant, so fondly remembered for having bags of personality just doesn't have much. The rooms, painted off-white the way TV experts advise in order to sell your house, feels designed to cause minimum offence. There are no pictures. The lights are too bright.

The service while perfectly competent lacks warmth and thoughtfulness. No bread is offered with my salmon, an extra spoon would have been welcome with the pud. It would have been sensible from the restaurant’s point of view to offer a glass of dessert wine. They just don’t go the extra mile.

Maybe it’s simply that it’s not the old Brackenbury but. be honest, who else cares 20 years on? The locals clearly love it and I don't think Gray has any ambitions other than to create a good neighbourhood restaurant. That he's done. I would undoubtedly go regularly if I lived on the doorstep but I’m not sure it’s worth crossing London for these days.