Gordon Ramsay, Royal Hospital Road: is it really worth 10/10?

I don’t envy Gordon Ramsay - or rather his head chef Clare Smyth - the 10/10 rating they received in this year’s Good Food Guide. It makes people like me think ‘Ha! I wonder if they’re really worth it?’ and book to find out. 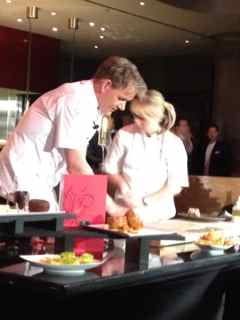 For a town that’s still more noted for gaming than food, Las Vegas can certainly pull in the big names. Yesterday Gordon Ramsay opened his first restaurant in the city at Paris, Las Vegas while Nobu unveiled plans for his first hotel at Caesar’s Palace.