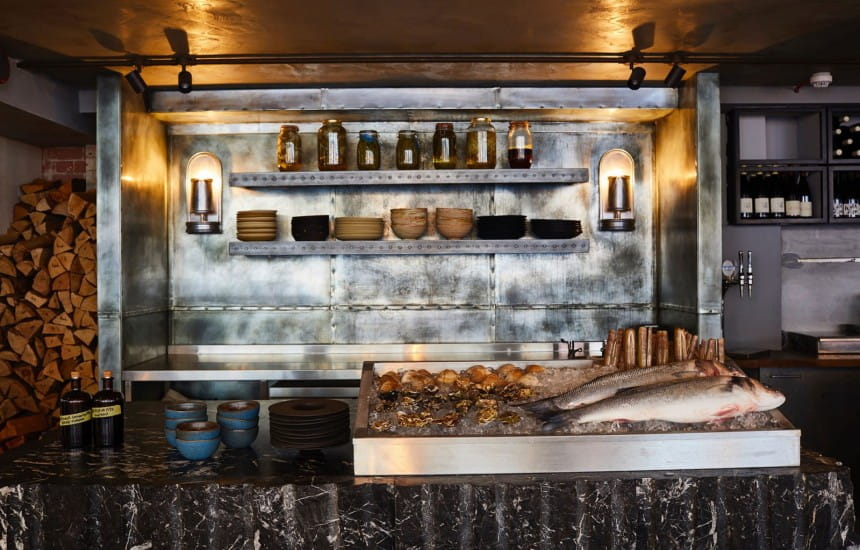 One of the problems about being a food writer - though I’m not expecting much sympathy from you - is that you’re always chasing the latest new opening. Which means that restaurants you make the effect to go back you feel pretty special about.

So far this year Brat and Sabor (which I reviewed here) have fallen into this category. The latest is St Leonards which I visited for the second time last week.

I had high hopes of it because it’s owned by the highly regarded team of Andrew Clarke and Jackson Boxer who also run Brunswick House - a place friends have raved about but which I’ve never managed to get to.

St Leonards, which is in the up and coming area just off Old Street roundabout, home also to Leroy and Oklava, is rather more convenient.

Compared to many new restaurants it has a pared back, slightly utilitarian feel with a horseshoe-shaped bar as you come in and a large dining area that looks a bit like the staff canteen of a smart advertising agency. But the presence of a raw bar (the oysters are sensational) and an open hearth manned by the heavily tattooed and bearded Clarke, put a firm 2018 stamp on it.

You should definitely start with the oysters which are sparklingly fresh and beautifully dressed - this last time with pickles. The clam with sichuan oil and coriander is good too but at an eyewaterinw £9 a pop, likely to make you feel short-changed. 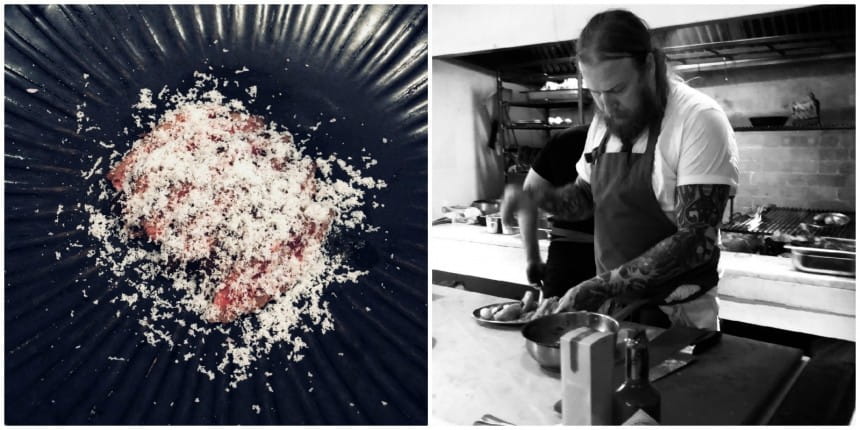 I would also not miss the nicely rare Dexter bavette which arrives under a snowy blanket of grated cured bone marrow and the unusually interesting sides - the fig leaf baked potatoes, infused with the fruity flavour of the leaves, are insanely delicious. I can’t imagine how I failed to order the hispi cabbage with pork fat twice - maybe subconsciously to have an excuse to go back yet again. And with all that macho cooking it was a surprise to find the prettiest imaginable summer dessert of sichuan pepper pannacotta, strawberries and sweet cicely ice cream.

There are various small plates you’ll probably want to take in along the way. including a spectacular charred leek with almond cream which indicates the restaurant treats vegetarians with respect. Actually it may even be vegan.

Not everything works. A deep-fried red mullet with sauce gribiche made with kelp has none of the rich flavour generally associated of that fish - it’s a treatment that works in a Thai restaurant because of the pungency of the dipping sauces but not here. I liked the wild bass crudo with lardo and burnt kohlrabi but can imagine some might regard it as too austere. Most of the dishes though are ones you crave to eat again. i haven’t checked out the mortadella dog and the white clam pie on the bar menu but they both sound like they need to be sampled.

Winewise you’ll find a largely natural list (of course - this is Shoreditch) presided over by the amiable Donald Edwards with some interesting gems such as vin jaune by the glass. Expect that to expand as Boxer is, rare for a chef, genuinely interested in wine. I drank a glass of grower's champagne with my onglet which was unusual but absolutely spot on.

I suspect Boxer and Clarke have created in St Leonards, the sort of place they want to eat in themselves. So, absolutely, do I. I need to find time to go back.