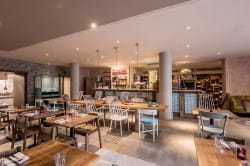 It’s already a bone of contention between me and my Islington-based friend T that she has an unfairly large number of good restaurants on her doorstep.

The menu ticks all the usual boxes - antipasti, pastas, 'secondi' and pizza - but with a spicy twist. I think chilli made an appearance in every dish we ordered (just as a back note - it’s not actually hot, just piquant.)

We kicked off (unexpectedly as we hadn’t ordered it*) with a large bowl of perfectly cooked zucchini fritti which I would ask for as soon as you sit down while you work out what else to eat. Which in our case was some exemplary burrata with broccoli, anchovy and chilli (of course) and meatballs which - my only criticism - I felt would have been happier on a bed of pasta. 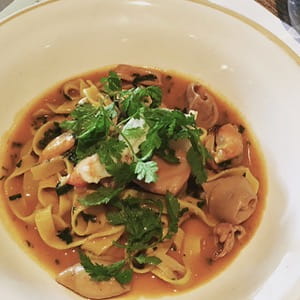 Mazzei has a way with seafood pasta and this incarnation with prawns, seafood and calamari was fantastic for the money (£13). If you order just one dish I would make it that - though the mains which include a salt cod and potato stew sound promising too.

T also recommended the pizza so we picked the calabrese and nduja one (great topping, good, light, nicely charred base) and you won’t be amazed to hear got only half way through. They have pizza boxes for leftovers though which suggests they do takeaway. Lucky old Islington.

Uncharacteristically we passed on the cocktails - ‘too strong for lunchtime’ opined T who then had two Aperol spritzes to make up for it while I had an appealingly aromatic ‘Sicilian Garden’ (almond, Poire William and citrus) and a slightly tired glass of Greco (the first I returned but the second wan't much better) Still the wine list is good - all Southern Italian and plenty available by the glass. There’s also a little wine room by the side of the restaurant where you could pop in for a quick one. 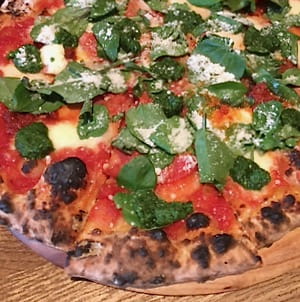 It’s not an intimate space. I imagine it could be pretty loud of an evening - so go on a weekday lunchtime if you’re resistant to noise but at the reasonable prices (we paid £76 for two) it’s a great option if you find yourself in that part of town.

Early days but provided they can keep up this standard it’s a bit of a find.

Radici is at 30 Almeida Street, London N1 1AD and is closed Sunday evenings and Mondays.

Where else to eat in Islington

As I’ve mentioned locals are spoilt for choice in Islington. Other spots you might consider are

The Drapers Arms - Remember gastropubs? This is still one of the best. much loved by locals including T

Oldroyd - I’ve had good and disappointing meals at Oldroyd which is run by the former executive chef of Polpo. When he’s in the kitchen it’s great - and brilliantly located bang in the middle of the Angel end of Upper Street. Two course set lunch for £16

Sardine - a bit further down towards the City Stevie Parle and Alex Jackson’s charming southern French bistro serves better food than you’ll find in most places in Provence.

Disclosure. We were given complimentary aperitifs, a bowl of zucchini and a limoncello at the end of the meal.

Sounds wonderful; wish it had been there when I lived in Islington.
Things have changed a lot since the Sicilian/grandmother/owner/cook of a small place near Kings Cross complained to me that 'The British won't try anything new or different.'
OK, that WAS 24 years ago. 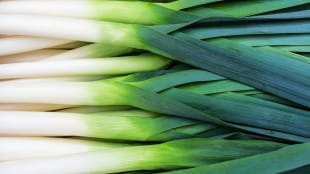