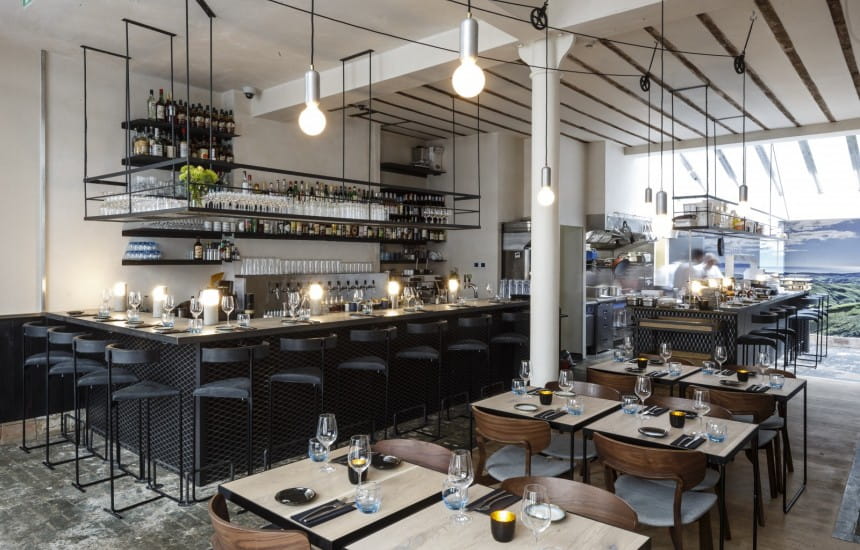 With dozens of restaurants opening every week in London what do you do to stand out from the crowd? The answer, it seems from James Ramsden and Sam Herlihy's recently opened Magpie in Heddon Street, is to pretend you’re a Chinese restaurant and wheel around the menu on a trolley.

It’s a logical extension of the small plates formula with the advantage that you can see what’s on offer. The downside (although obviously not a problem for them) being that you want to order everything.

The flurry of trays and trolleys combined with a natural British reluctance to say no to anything in case it might seem rude may well result in your having more plates than you can reasonably eat. I found I’d ordered £30 of food within half an hour then tried to slow the pace with the result that they stopped bringing me anything and I had to call over the waitress and order off the menu like you would anywhere else.

Still, all restaurants have teething problems with delivery, especially in an establishment this innovative. The food, however, is smart and clever - Magpie is from the same stable as the Michelin starred Pidgin in Hackney. I loved their take on a caesar salad (below) with Japanese style eel instead of anchovy, the crisp element of croutons replaced by nori fried in tempura. Trout with grapes and quinoa almost converted me to that over-hyped grain. Oysters were boldly partnered with chicharron (crispy pork skin) and apple, a combination so good you wonder why it hasn't been done more often. 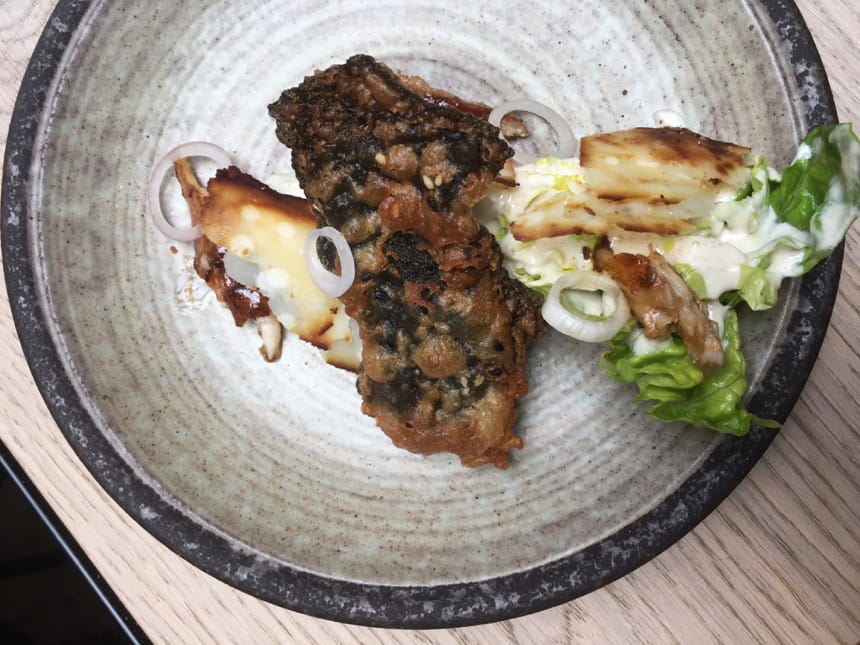 There’s an occasional WTF? dish like the fried chicken ‘coq au vin’ and the strange electric blue curaçao granita topping an otherwise appealing Jamaican pepper polenta cake with raspberries and yoghurt which I see has now disappeared from the menu, but in general there are many more hits than misses. You might possibly want to order the steak tartare that other reviewers have been raving about, a bargain at £7.

The other strong suit is a short but extremely well curated and well priced wine list. The three wines I tried (OK drank) by the glass - a dry German riesling, a cinsault rosé and a refosco (light Italian red from Friuli) were all exemplary - the latter two at just £4.50 a glass. They appeared to have been thoughtfully chosen for the food rather than to pander to label spotters. The riesling - a Schloss Marienlay from Reichsgraf von Kesselstatt was an inspired choice for the oysters as I noted in my match of the week a fortnight ago.

Like most restaurants it pays to know how and when to use them. Given its location just off Regent Street Magpie would be a perfect place to go to after an early evening event in the West End when you don’t really want a full meal but fancy a couple of light dishes and a decent glass or two of wine. Or for a light lunch when you’ve got a 5 course dinner in the evening.

You just need to overcome your British reserve and steel yourself say no to the persuasive pushers of those trollies. Well, you would in a Chinese, wouldn’t you?

I should perhaps reveal that I know James well but I didn’t call him first and paid my own way. (£69.75 for 5 dishes and 3 glasses which was probably a little indulgent for one!)