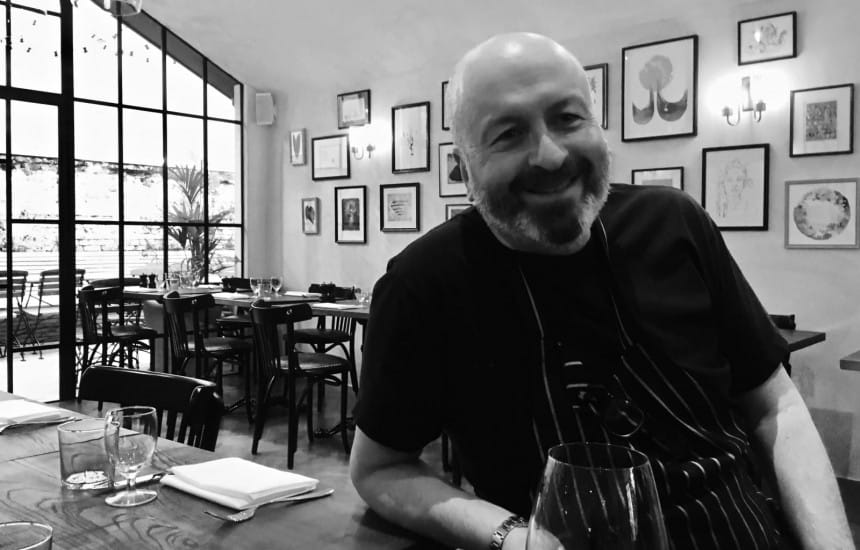 So I was pretty happy this week to discover that the newly opened The Coach in Clerkenwell with Henry Harris at the helm is nothing but a reincarnation of the much-loved (by me at any rate) Racine. It’s a bit like going to a concert of someone you swooned over as a teenager where they sing all your favourite hits.

Who’s Henry Harris you might ask? Well he’s a bit of a chef’s chef. Having cooked with the legendary Simon Hopkinson at Hilaire and Bibendum he made his name at Harvey Nichols Fifth Floor then opened his own restaurant Racine, also in Knightsbridge, which he ran for 12 years until he closed it in 2015. He loves offal, loves French food, loves in fact all those things that are resolutely unfashionable. There’s no flirting with dairy-free and vegan on an HH menu.

So I ordered what I probably ordered last time I went to his restaurant: Bayonne ham with a sharp mustardy celeriac remoulade followed by an exemplary steak tartare and chips (I’m hard pushed to think who does a better one. Hand chopped obviously. Not over-seasoned. Not too ‘wet’ and definitely no mayo) 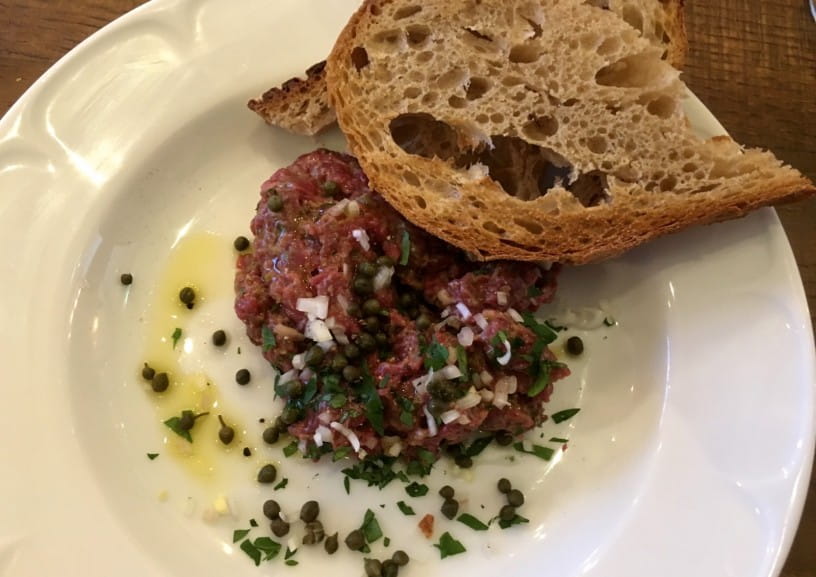 One of my companions went for calves brains with black butter which was a little full-on even for me although they were perfectly cooked (I did have a taste) and lamb chops with a merguez and cabbage faggot which was a truly inspired creation.

The other had a smoked trout and rocket salad which was possibly, being vaguely healthy, a little dull and rabbit with bacon in mustard sauce which was emphatically not. (You can find the recipe, should you feel moved to make it, on the Great British Chefs website)

We ordered rhubarb meringue because I was rather taken by the idea of the accompanying negroni syrup but it wasn’t quite as boozy as billed. We should probably, as I suspect Henry would have done, gone for the cheese (Harbourne Blue and a Swiss cheese called Challerhocker) to finish off the excellent bottle of 2014 Qupé Syrah we were drinking, a reliable choice from a thoroughly workmanlike, unflashy and reasonably priced (for London) wine list. The Bruno Sorg Pinot Blanc is a good pick if you want a glass of white.

This is a restaurant that does what it says on the tin. It’s a pub serving unusually good pub grub (the sausage rolls which are on the bar menu but which we had to try after seeing one wafting past are also top notch).

I suggest you go over the next couple of weeks if you can while you’re likely to find Harris in the kitchen until he moves on to his next project (he’s masterminding a number of restaurant makeovers in his new role as chef/director of Harcourt Inns). Although he won’t be permanently at the Coach he will be there from time to time. They may not do brains when he’s not.