Bulgur is a useful grain that you can apparently eat if you're diabetic as I discovered when I was staying with friends in France a while ago. It makes a great base for a simple salad that you can basically adapt to whatever you have in the storecupboard and fridge. 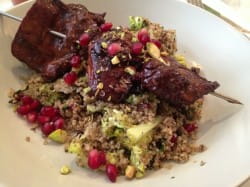 One of the areas of food and drink pairing I’m always trying to crack is soft drinks - so it’s good to find an inspired match that really hits the spot - not too sweet as most soft drinks are for me. 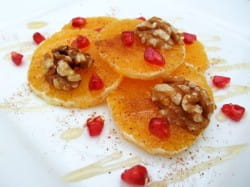