I know I’ve highlighted crab as a match for a number of different wines but it really is a great dish to pick if you’re drinking a serious white. This time however the wine was far from stellar: the basic house Sauvignon at Culinaria in Bristol where I was doing a photo shoot for our next book. 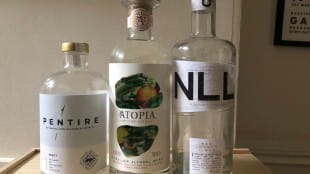