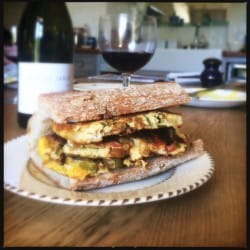 This was based on some amazingly fragrant peppers we bought in the market at Arles a couple of days ago (for 99 cents a kilo!). Add some fried onion, a few slices of chorizo and some eggs and you’ve got a great filling to stuff into a baguette or roll. Or even a pitta bread. Perfect student food for those who have just gone up to uni for the first time.

You can vary it endlessly depending on what’s in the fridge although I’d say that onion - and, some would say, potato - was essential. Ham or bacon instead of chorizo, a bit of crumbled up feta, some chopped herbs - feel free. Just make it a bit thinner than you would a normal tortilla. 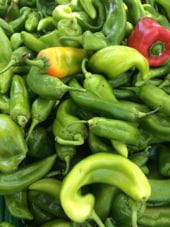 2 green peppers - preferably like these small tasty ones on the right - de-seeded and sliced. (You can find them in middle-eastern and Turkish greengrocers)

4 large eggs, lightly beaten and seasoned with salt and pepper

a baguette or ciabatta loaf

Heat a medium-to-large frying pan over a moderate heat, add 3 tbsp oil and start frying the onion. As it softens add the sliced peppers and chorizo and fry until the veg start to brown (about 5 minutes).

Add the eggs, cook for a minute then lift the edges of the tortilla to let any uncooked egg run to the bottom of the pan. Leave for 3-4 minutes or so then invert a large plate over the pan and tip the tortilla onto the plate. Add another tbsp of oil, slide the tortilla back into the pan, cook for another minute then turn off the heat. Leave for 8-10 minutes if you can bear it then cut into thick strips and tuck into a split baguette or a couple of rolls. Drizzle over a little extra olive oil or a dollop of aioli. A few fresh basil leaves wouldn't go amiss either.

What to drink: Well probably anything you've got to hand but a glass of Spanish or southern French red would hit the spot nicely 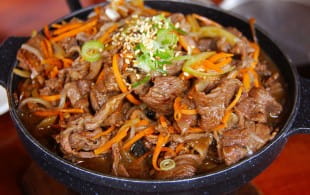 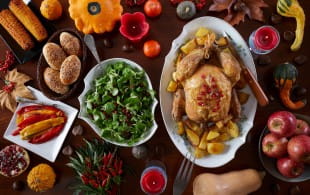 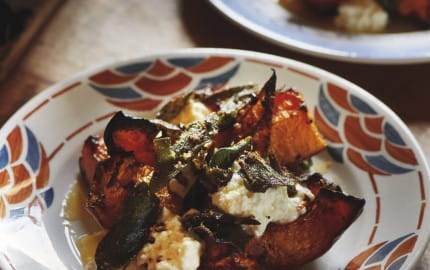 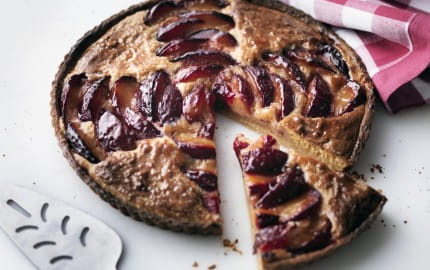