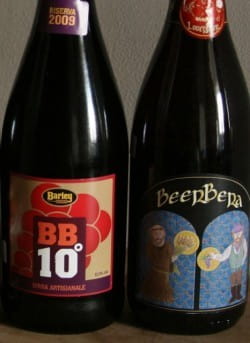 "While most would agree that the Italian craft beer industry was born in 1996 when Teo Musso founded the prolific and influential Baladin brewing company, things have really got moving nationwide in the past 4-5 years.

The relative youth of craft brewing, as well as a lack of regional traditions and laws guiding production practices, means that Italian brewers are free to use ingredients that suit their personal tastes and creative whims. Although they are not necessarily bound by particular styles, many are indeed influenced by those they have consumed abroad, particularly fruit-based Belgian beers, which account for some of the most interesting beers coming out of Italy today.

From its inception, Italian craft brewing sought to make beers that are uniquely Italian and even today, the best results are found in beers that attempt to impart a sense of place. To this end, brewers turn to highly regional products like seasonal produce, local honeys and heritage grains. Reflecting the influence of traditional wine production, many brewers use grape must and wine barrels to great effect.

The volume of many bottles, 75cl, also demonstrates a clear choice to raise beer above its humble reputation in Italy and place it on par with wine. Likewise, many beers are best consumed with food to appreciate their nuances, another parallel with the nation’s most famous beverage.

Some brewers are not just taking cues from the wine industry, but also collaborating directly with vineyards. Lover Beer, a brewery in Piedmont, uses Barbera grape must and its wild yeast to spark fermentation. The product, BeerBera (above, available from Beers of Europe), is a red-fruit driven, lightly sour and slightly funky ale made annually at harvest time and labeled with the vintage. Birrificio Barley uses reduced cannonau must in its aromatic BB10 barley wine which is rich in caramel, cacao and dried red fruit notes. 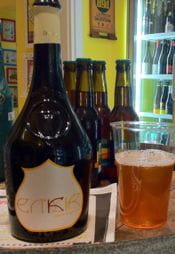 Lazio-based Birra del Borgo has found a hugely innovative way to communicate a sense of place. In their winter oyster stout, Perle ai Porci (Pearls Before Swine), they use telline del litorale romano (Roman bean clams recognized by Slow Food) to bring a sapidity that evokes the Tyrrhenian Sea coast.

Brewing with rare or ancient grains is another trademark of Italy’s craft beers. For decades, the country’s industrial pasta and beer companies have favored high-yield wheats, much of which is imported from abroad. Craft brewers, instead, are turning to domestic cultivation of ancient grains.

The same brewery's "Enkir" (above) is a collaboration with Mulino Marino, a Piemontese mill, which seeks out farmers to grow einkorn wheat and other grains. Tuscany's Brùton "Bianca" is brewed with a heritage spelt called farro della Garfagnana. The hopes are the renewed interest in traditional grains will create higher quality products while rejuvenating Italy’s agricultural economy.

As it enters its third decade, the Italian craft beer industry is still in a state of evolution, with hundreds of breweries turning out products of widely varying components and quality yet the greatest successes are found in those that dedicate themselves to harmonizing terroir with international styles."

Katie Parla is a Rome-based food and beverage educator, cultural historian and journalist. She is the author of the blog Parla Food and co-founder of The Rome Digest which recommends places to drink craft beer in the city. Her dining and drinking guides "Katie Parla's Rome" and "Katie Parla's Istanbul" are available in the App Store. 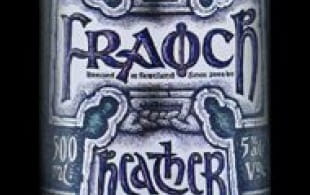 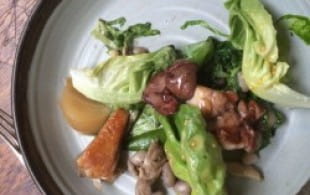