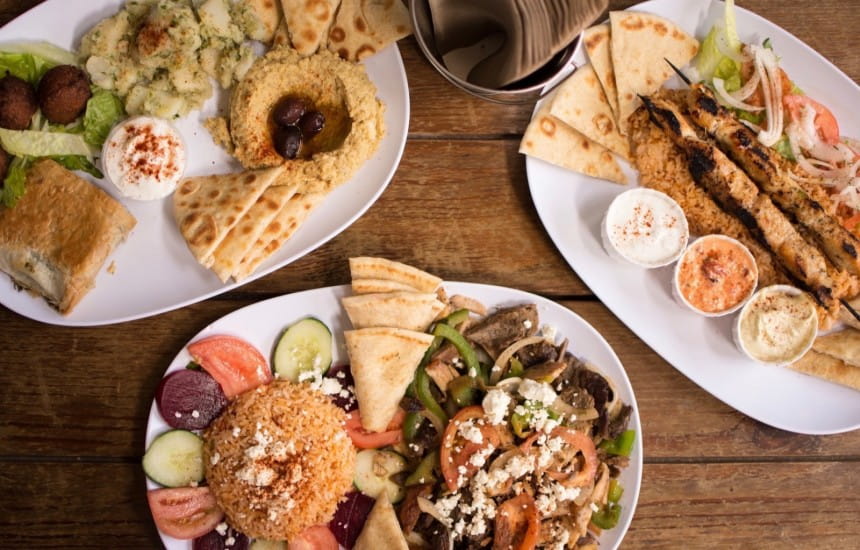 Can you remember a time when hummus didn’t fill the end of every supermarket aisle and come in ten different flavours? Now Middle Eastern influences in food are ubiquitous and restaurants abound, but what should you drink with a Middle Eastern meal?

The mezze course is usually followed by grilled meats, cooked over charcoal, which means an array of lamb chops, kebabs both with cubed meats and spicy, minced kofta, chicken and beef. So given this vast array of flavours, what would be a good choice of wine?

It’s quite a good rule of thumb that local food and wine go together. Regional cuisine has often evolved alongside wine making; Chianti complements the roast tomato-based dishes of Tuscany, for instance, and think how well a crisp Riesling cuts through the heaviness of a wiener schnitzel. 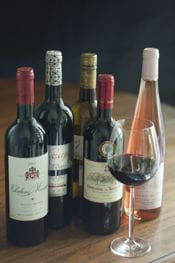 If you are looking for a local match (and don’t have the pleasure of sitting down to eat this spread in one of the countries of the Middle East that serve alcohol) then many winemakers in the Levant export widely; Chateau Musar from the Lebanon is probably the best known, with other Lebanese wines such as Chateau Kefraya, Chateau Ksara and Massaya following suit. Domaine de Bargylus is still managing to produce and export fine wine from Syria. The excellent St George wines of Jordan made by Zumat rarely make it outside the country. Morocco has the most established and extensive wine industry in North Africa with fourteen appellations, and Algeria is the biggest producer so there could be some interesting developments there when the local situation stabilises.

Don’t expect unusual grape varieties however. Although there have been vineyards in the region since biblical times (the Persians were making wine 7000 years ago) modern wine-making techniques, styles and grape varieties from other regions have been adopted across the board.

So what should you choose with a middle-eastern feast? Here are my top tips:

Reach for something pink

Choosing a wine to match this huge array of tastes and flavours could be a challenge, but my first choice would be a rosé. Altitude Rosé by Ixsir, a new winery in the Lebanon, is reminiscent of the fresh, crisp, dry styles of Provence, is one I’d recommend, and the spicy note in Ksara Sunset Rosé, made from Cabernet Franc and Syrah, goes well with mezze like muhammara (a red pepper and walnut dip).

Otherwise I would generally look to Southern France - you want a wine with enough fruit flavours but avoiding anything that’s sweet. Of late I’ve tasted some refreshing rosés from English vineyards such as Sharpham and wonderfully versatile Blanc de Noirs from South African Boschendal that I’d be happy to drink with a table of mezze.

Forget the buttery, rich, over oaked style that led to the ABC movement (anything but Chardonnay). A well-structured white from Burgundy could keep you going throughout the meal; a Rully would offer enough complexity but an entry-level white such at Drouhin’s La Forêt would do very well. The new world has learnt its lesson – look for wines that are unoaked and from cooler climate vineyards, for example Adelaide Hills in Australia and Walker Bay in South Africa.

A wine to balance the intense flavours of the parsley and coriander in tabouleh or the mouth watering lemony acidity of fattoush is a tall order. I haven’t tested this match but I’m wondering if the herbal notes of Gewurztraminer might be the perfect foil? I’m a big fan of Vina Esmeralda from Torres, a muscatel/ Gewurz blend which makes very easy drinking. Don’t be put off by the green bottle which looks like it comes from the Wizard of Oz. A ‘dry as a bone’ well-chilled fino sherry would be fantastic with the vine leaves and mezze containing pine nuts. Another wine to try would be an herbaceous New Zealand Sauvignon Blanc.

A savoury red from the Mediterranean seems the best place to start when looking for a match for the meat course. Over seven hundred years of Arab occupation affected Spanish culture profoundly including their cuisine. There’s a cultural continuity in choosing a Spanish wine.

I’d choose a spicy Rioja Crianza which would be versatile enough to go with chicken and dark meats but not overwhelming. For something with more body, I’d try a Nero d’Avola from Sicily, another part of the world where an Arab presence in the first century is still evident today in the distinct food of the island. This dark, inky wine is laced with black cherry and tobacco flavours, matching the charcoal smokiness of the food.

The family behind Domain du Vieux Télégraphe invested in Massaya and there’s some Rhone spiciness in Massaya Silver Selection that makes it a great match for grilled meats and one my favourite Lebanese reds.

I tasted many of the wines at an Arabic meal in Dubai with Ramzi Ghosn of the Massaya winery; the evening proved conclusively that these wines travel well. Rhône grape varieties (Cinsault and Carignan) also lend spice and fragrance to the deep berry flavours of Cabernet Sauvignon in Chateau Musar red; the 2004 vintage is drinking well now.

Food writer Anissa Helou confesses that she abandons wine altogether when she is in Lebanon and drinks the local aniseed spirit arak with water instead.

While mint tea or coffee is usual with sweet Arabic pastries you might try a glass of Marsala. The name of this fortified wine from Sicily comes from the Arabic marsa Allah (the harbour of God).

I’ve been lucky enough to taste some wonderful wines over the 18 years I’ve lived and traveled in the Middle East but of course there are occasions when alcohol is not served either due to local regulations or to respect non-drinkers with whom you are sharing the meal.

Alcohol is forbidden in a few countries in the Middle East, notably Saudi Arabia, Kuwait, Iran, Yemen and Libya and may not be available in some areas. When I was hiking along the Lebanon Mountain Trail there were some valleys in the North of the country, which were alcohol free, and Sharjah in the United Arab Emirates is completely dry.

Wherever you are in the Arab world, water will usually be brought to the table without asking. In this part of the world where water is often in short supply it is prized; if you are dining with someone of importance, it is the done thing to fill up their glass with water. Fresh fruit juice will also be readily available - watermelon and pomegranate juices are particularly refreshing. I would avoid mango juice with a meal though as it can be very filling.

Sherbets are a cooling fruit juice cordial which are very popular in Egypt, but variations such as Sekanjabin (a Persian vinegar and sugar syrup) exist throughout the region. Laban or ayran is a popular yoghurt drink but not usually with lunch or dinner.

Mint tea or infusions are popular throughout the Middle East, usually served in small glass cups and with sugar. Coffee, which was first roasted and traded from Yemen (via the port of Mocha) is served in very small handle-less cups and can be mixed with different spices, usually saffron and cardamom. If you are at a gathering and would like a refill, keep the cup still; tip the cup from side to side if you do not.

As with all food and wine pairing, there is no right or wrong match and with such a wide array of tastes and textures in a Middle Eastern feast, discovering which wine works best for you is part of the fun. If you do get to taste the food in its country of origin, it's always worth trying the local wine.

Sally Prosser, the author of mycustardpie.com, a food and wine blog that was listed in The Independent’s top 50 food websites, has lived in the Middle East for 18 years, currently in Dubai, UAE. During this time she’s tasted coffee in Libya, champagne in Saudi and Kuwait, wine in Egypt, Lebanon, Syria, Oman and Jordan and a cocktail made with edible gold in Dubai! She’s furthered her interest in wine throughout this time (she took Jancis Robinson’s wine course book to Saudi Arabia) and gained Wines and Spirits Education Trust Advanced Level. 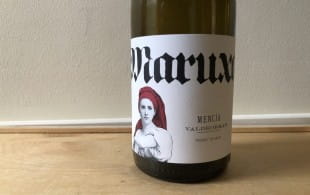 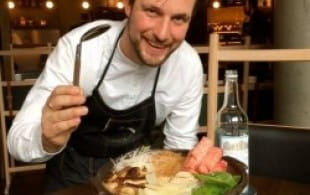 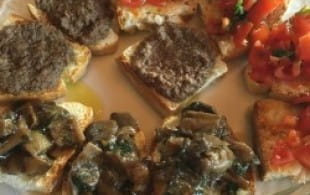 Interesting suggestion, Thessa. What type of dishes does it work best with?

Regret the typo in my name!

A very interesting and an informative post. Sally's suggestion of Rosé is something that I'll definitely keep in mind. And I absolutely agree that local wines and regional cuisine complement each other. I've been reading Sally's blog for a while now and I know she's a Wine connoisseur, but got to know even more on her journey from the tiny snippet at the bottom of the post!

Great suggestion with the Musar--I am continually surprised and excited every time I get my hands (and lips) on one!

Lovely post. Sally, you've managed to try quite a few wines from the region - lucky you! I've yet to delve in properly. I totally agree with Anissa's opinion too - never liked arak until I had it in Amman, iced, with a sprig of mint, and served with creamy dips and hot bread. Yum.

I'd also like to suggest some wines from Northern Italy - some Barbera d'Asti and Dolcetto d'Alba, with their forward berry notes, spice and light body would be perfect with many of the spiced lamb dishes - including kofta, biryani and ouzi. On that, some good Valpolicella would also work. And then of course the moscato d'asti - a perfect compliment to cut through the fragrant fruit-combined chicken dishes, and a great way to launch into a meal with all those fresh salady options too.

A very interesting comment Regula - I wouldn't have thought of beer in this context though of course it would work. Never been wholly convinced by the Curious IPA though - I like my beer to be beer - which isn't to say I don't like craft ales. I will try it again though - perhaps with middle-eastern food

Interesting read, I agree with the Rosé wine and for some reason I tend to go for a good IPA when enjoying this type of food. To be specific a Chapel Down Curious IPA from Kent, made by mixing brewing and wine-making techniques.
It is a complex beer that cuts right through the flavours to create a ballance. Thank you for sharing this with us Sally and Fiona.