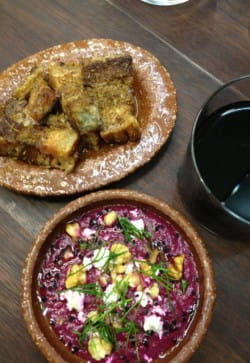 Graze: food and wine matching at the London Restaurant Festival

If you’re the sort who likes to nick food off your partner’s plate - and even off friends' on the other side of the table (mea culpa) - you’ll love the idea of Graze, this year’s new feature at the London Restaurant Festival this autumn which features six of London’s most foodie streets including Exmouth Market, Bermondsey Street, Brixton Village and Marylebone High Street.