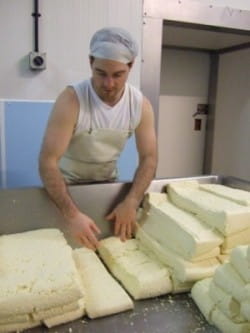 So, what makes a great cheddar?

An archived article, first published in 2008, about how great cheddar is made and the difference between Keen's and Montgomery

Back last September [2007] the cheese world was rocked by a startling decision. Out of 867 cheeses submitted to the British Cheese Awards the Supreme Champion trophy went to a mass market cheese called Seriously Strong cheddar, made in Scotland by (sacre bleu!) a French-owned cheese company, Lactalis McLelland. It’s as if Gallo had been named the world’s best winemaker.

Julie Harbutt who runs the awards says the judging process was painstakinglyconducted and the award well merited. “The cheese went through a blind tasting three different groups of judges including some of the leading figures in the industry. If the first group had got it wrong, the second would have picked it up. It was a very good cheese made from good raw materials. There’s some excellent milk in Scotland.”So how come a cheddar could be made in Scotland? And is it a ‘real’ cheddar?

Although cheddar is one of he oldest cheeses in the world, dating back to the 12th century, the name itself is not protected so anyone can make a cheddar style cheese. Only in the West Country is there a PDO (protected designation of origin) for West Country Farmhouse Cheddar which is given to handmade cheddars from milk from cows reared in Dorset, Somerset, Devon and Cornwall. The cheese must be made on the farm by the traditional cheddaring process (see below), aged for at least nine months and contain no colouring preservatives or flavours.

The term Somerset Artisan Cheddar, which is a recognised Slow Food Praesidium is only given to producers that meet more exacting requirements still - making traditional cloth-bound cheeses from unpasteurised milk, with traditional starter cultures and animal rennet. Only three producers Keen, Montgomery and Westcombe meet these criteria. According to Randolph Hodgson of Neal’s Yard Dairy who was instrumental in setting up the Praesidium “there’s a level of complexity in the hand made cheddars of the south west you simply don’t get anywhere else.

To see the process for myself I visited Keen’s, a family-run farm in the rolling hills just north of Wincanton where cheese has been made since 1899. Brothers George and Stephen Keen still run the farm, while their sons James and Nick make the cheese and look after the cows, a herd of 280 Friesians

I had imagined that the Somerset soil and climate would have had a significant part to play in the way the cheese tastes but according to George Keen it’s not as important as the way they handle the cows and the cheesemaking process
.
“The time of year obviously makes a difference. On a really cold wet day cow is going to have a different diet from a warm summers’ day and that will affect the milk but more important still is the effect it has on the animals digestive health.” Cows have complicated digestive system. Keen explains. They have four stomachs including the rumen which is where their food is stored. “Essentially it’s a big vat of fermenting roughage made up from grass, herbs and leaves. The flora in the rumen break down the roughage so that the cow can digest it. If the cow has indigestion its stomach won’t function properly so we have to have varied sources of foods, minerals and vitamins available to fine tune their diet.” A bit like Yakult? “Exactly. We’ve tried to revert to the simpler way our grandfathers brought up cows. We don’t need all the products the drug companies want to sell us.”

Keen’s are also ultra-traditional about the way they make their cheddar. The milk is unpasteurised. The starter culture which sours the milk and kicks off the process of separating it into curds and whey comes from a laboratory that preserves traditional cultures based on local microflora. “They have about 50 or 60 but we have five that we like. From time to time we might drop one because it’s not reacting to the milk in the way we want then we’ll usually come back to it in six month’s time.” And they use traditional calves’ rennet (again to accelerate the production of curds). “We avoid using synthetic rennets as the cheeses can turn quite bitter as they mature.”

The milk goes through successive heating processes as each ingredient is added, finally forming a soft, sloppy mass called junket which is then cut into curds. Other softer cheeses are formed at this point but cheddar goes through a unique process called cheddaring which is fascinating to watch. The curds - by this stage a mass of buttercup yellow granules - are pulled to the side of a large trough to drain off the watery whey. As they’re cut stacked they begin to take on texture of foam cushions. They’re cut and re-cut, stacked and re-stacked as the texture changes before my eyes, becoming firm and elastic. The weight of the layers pushes down the blocks of cheese extracting the rest of the whey. “There is a tremendous skill in the process. If you don’t know how to handle it it all falls apart in your hands.” says George.

When the cheddaring process is over (it takes about an hour) the curd is passed through a mill to cut it into smaller, even-sized pieces. Salt - another crucial ingredient - is added to stabilise the curd, develop the flavour and to stop bacteria growing then the cheese is put into moulds and left to drain. Finally the cheeses are smeared with lard and wrapped in three layers of muslin, a permeable coating that allows air to continue get to the cheese and moisture to evaporate.

As the cheese ages the surface becomes gradually colonised by moulds which are regularly rubbed to ensure the cheese ages evenly. You can see them evolve from the multi-coloured spots on a cheese that is a few weeks’ old to the greyish craggy surface of a mature one. Should you eat the rind? “For me it’s the best part of the cheese” says George, grinning. “But we have to say the rind is inedible because it has pig fat in it and we would then have to go through the process of listing everything that went into the pig.”

Most of Keen’s cheddars are stored for 10-12 months though they mature them for up to two years. George Keen is reluctant to define the taste of his cheese - everyone he says finds different flavours in it - but the most common descriptors are caramel, apple, onion, savoury, sweet, fruity and farmyardy. “What we don’t want is a really sharp, acid cheese that burns your palate and hides the intricate range of flavours that should exist in a raw milk cheese” he explains.

There are many variables which can make two cheddars taste entirely different says Randolph Hodgson, underlining many of Keen’s points. “It’s not so much the terroir, it’s what the cows are eating. It’s the way you handle the milk and how it’s stored. It’s the temperature you scald the curd and how you cut it. How you ripen the starter and what strain of starter you add. How much cheddaring you do and how you stack it. How you mill the cheese - Keen’s use a mill which cuts the cheese into even sized fingers. Montgomery uses a peg mill which rips the curd apart.”

“Montgomery is drier and firmer cheese, more savoury and nutty” he continues. “Keens has a stickier paste (the body of the cheese, excluding the rind). It’s wonderfully creamy at its best with a more grassy herbaceous flavour.”

Not everyone likes the slightly farmyardy flavours of mature, traditionally made cheddar, just as some don’t enjoy the taste of an older burgundy. “We know some people will prefer other cheddars” admits George Keen “but hopefully they will appreciate a variety of flavours which are produced entirely naturally. It’s nice when our customers say ‘That’s a cheese I remember from my childhood’. That’s what’s missing in life today.”

How to enjoy cheddar at its best
Ideally cheese shouldn’t be kept in the fridge but few have storage that is cool enough, especially in warmer weather. If you do refrigerate it you should bring it to serving temperature before you eat it. Traditional British accompaniments would be apples, celery and wholemeal bread or crackers but the Bath-based Fine Cheese Company which has done extensive research into ideal accompaniments for cheddar, suggests mustard and black pepper flavoured biscuits, quince paste and onion pickle (though the latter would obviously be better with beer than with wine). I also like a fig paste or relish.

This article was first published in the February 2008 issue of Decanter.

See here for six of the best matches for cheddar cheese. 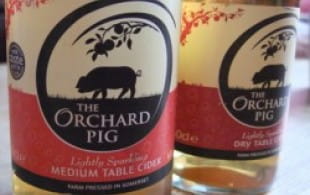 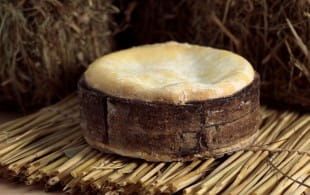 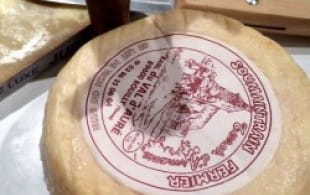