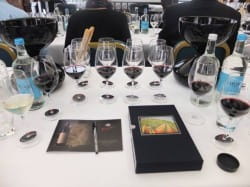 Regular contributor and former sommelier Donald Edwards tastes his way through the latest Penfolds' releases and is blown away by a cabernet.

"In early modern Australia people used to speak of the tyranny of distance; even within the same state two neighbouring cattle stations could be a couple of weeks ride from each other. The distance was unlike anything the settlers had ever known; vast swathes of red dirt, whole oceans of subtly differentiated sand and dust.

I occasionally wonder whether Penfolds' chief wine maker Peter Gago feels something similar, only relating to choice. Oceans of the very best grape juice; plot after plot of ancient vines, legions of the country's best grape growers all lining up to have their best efforts considered for a spot in Penfolds' top blends. The tyranny of choice? I sometimes wonder.

I’d missed out on meeting Gago when I visited the Magill estate that is Penfolds' home base (he was in America giving the Kings of Leon a private masterclass) so I jumped at the chance to join him for a tasting of Penfolds newly released 2010s and 2008s.

If you don’t already know the story of Penfolds' Grange and its origins as Max Schubert's experimental blend, its underground years and eventual ascent to the very pinnacle of Australian wine then it’s well worth a read.

Suffice it to say, Grange is always a multi-region blend of mostly (occasionally 100%) Shiraz with a small blending component of Cabernet Sauvignon. One of the great advantages that Penfolds has is a huge array of choice in blending components. 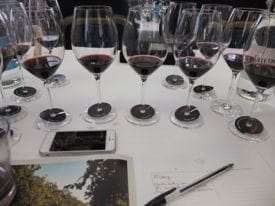 Take the 2008 for example: it’s 89% Barossa fruit, 9% Clare Valley (for the first time in a while) with 2% of their old vine Magill Estate fruit. For the 2008 wine only 2% Cabernet Sauvignon was used. By way of comparison the 1978 that we tasted alongside boasted 10% (and a noticeable herbal tinge with it too).

Anyway, the afternoon started with a tasting of Penfolds newly released 2010 vintage (followed by the Granges). Penfolds has attracted some criticism recently for their pricing, the new Grange topping £400 a bottle on release. However the more Peter Gago described the issues they face as a company - i.e. not having anywhere near enough stock to satisfy international demand - it became clear that they’re merely reacting to market forces (and in a less manipulative way than the Bordelais).

To put it bluntly, they’ve a lot of exceptional wines, they work hard to ensure that the wines they release are top quality and many of the wines have great track records when it comes to ageing gracefully. To wit: why would they not raise their prices to what they deem is acceptable for what amounts to a slice of Australia’s viticultural history? Oh, and finally, they often don’t release wines if they feel the quality isn’t right in any given year.

No longer a byword for obvious cellar techniques and big oak, the 2010 is 96% Tasmanian fruit (Australia’s coolest region) and it’s obvious why. The extra ripening time has allowed great natural acidity to coexist with lean oatmeal leasiness, a nice pebbly minerality and some taut stone fruit characters. I was mildly annoyed I only had a tasting measure.

On to the reds; old Shiraz and Grenache vines are to my mind one of Australia’s greatest treasures. Penfolds are lucky in that they have the Magill estate, ancient ungrafted vines right in the outskirts of Adelaide, St Henri and a number of other choice plots to call upon. This means that along with their flagship Grange and RWT (red winemaking trial, basically Grange with French oak) wines, they can offer several single vineyard wines. These are collectors’ items in their own right. St Henri Shiraz from a good vintage can often outpace the same year's Grange at auction.

Marananga Shiraz, a sub-regional blend from the Barossa made with a mixture of French and American oak, was lightly spiced with surprisingly fresh fruit characters and a delightfully smooth and silken set of tannins. The St Henri Shiraz was far less forthcoming; a tight mineral core and an interesting (non oak-related) tannic structure; as always a keeper. The Penfolds home estate Magill Shiraz, textured, slightly dusty, again complex and lengthy.

Bin 707, Penfolds' top Cabernet, is again always a blend (and their quickest wine to sell out every year), however for me the standout cabernet from the tasting was the Bin 169 single plot Coonawarra cabernet. (I’ve been feeling a better vineyard practices-related renaissance coming from Coonawarra cab for a while now, but that’s another matter).

This was just about the finest young Australian cabernet I’ve tasted in a very long time. Subtly perfumed, not just blackcurrant leaf and mint, but a finer, much more delicate floral herbal character, backed up with taut muscular tannins and not a jot of fat in the wrong place.

A four-decade vertical of Grange stretching from the misty past of 1978 (before I was born), through 1988, 1998 and finishing at the hallowed 100-point-garnering 2008 took us neatly to a short lunch.

I mentioned the tyranny of choice earlier. There is simply so much quality in the Penfolds' catalogue that trying to pick a single wine as a favourite from the tasting ends up being almost as trying as making the quality decisions must be for Gago and his team.

Donald Edwards is a former sommelier, barfly and blogger at St Claire and notes from the dregs. He tweets as @donalde 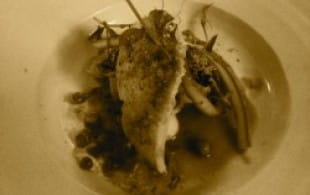 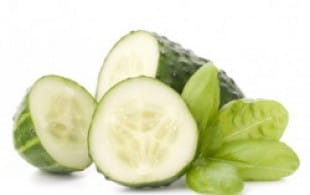 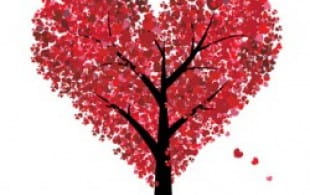