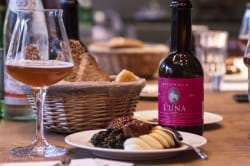 Sophie Atherton reports on the introduction of a new range of 'birra artigianale' (craft beer) at ciccetti restaurant, Tozi.

If you hear the words 'Italian beer' and immediately think of Peroni you need a wake-up call. The country now has in excess of 700 breweries, but in the UK Italian beer is apparently rather hard to find. What it clearly needs is a leg up from the Italian restaurant industry, which in turn needs someone to lead the way.

I may have found just the place, Tozi Restaurant and Bar, a stone's throw from Victoria Station. I was invited there a few weeks ago to taste a range of beers recently added to its drinks list, paired with a selection of 'cicchetti' dishes (the Venetian answer to tapas I'm told) from its regular menu.

It's always pleasing to encounter a restaurant prepared to embrace beer and food matching, even more so if it will be available to all and not just as a one-off to woo beer writers. The pairings were put together by importers, Beers from Italy and Italian beer sommelier Jacopo Mazzeo with input from Tozi head chef Maurilio Molteni - whose pedigree includes a stint at Shoreditch House as well as working with Antonio Carluccio.

All the beers used were from the same brewery, Birrificio Opperbacco, of Notaresco, Abruzzo an area better known for wines than for beer.

The first pairing was 4punto7 (4.7%) with two dishes, a salty but delicious calamari and roast fennel, carrots, beans and spelt salad. The persistent floral and bready aroma of the beer was almost a meal in itself. Less sweet than its fragrance suggested but with a floral quality and gentle dry finish, even after the first sip I was already mentally ordering another. Sadly the salty coating of the calamari overwhelmed the beer (despite the obvious intention that it would complement the calamari's sweetness and refresh the palate after the batter) but happily it worked much more harmoniously with the salad where the strong herbal character of the dish met the flavour of the beer as an equal. 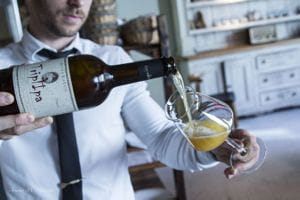 Next came a beer called Tripping Flowers (6.1%), its bottle evoking the 1960s and hinting at the reason for its name. A saison, a style of beer now typified by a certain kind of yeast rather than its origins as a strong spring brew kept to quench the thirst of farm labourers in Belgian Wallonia, it was flavoured not just with hops but also roses and almonds. Snappily dry, as a good saison should be, there were notes of honey and lemon and an aftertaste of light-coloured dried fruits. Once paired with a heavenly crab ravioli with tomato and basil its floral flavours came through along with a zesty, hoppy tang in a match that proved it's possible to effectively pair beer with tomato sauce based dishes.

This point was emphatically brought home by the next pairing. Eipiei (6.3%) - pronounced IPA! - with aubergine parmigiana. The beer is Opperbacca's take on a US-style West Coast IPA, full of zesty, grapefruity hops and packing quite a bitter punch. The bitterness perfectly complemented the chargrilled skin of the aubergine and the beer became light and moussey, refreshing the palate ready for the next rich cheesy, tomatoey mouthful. It was this point in the meal where I decided I could just live at Tozi and never go home.

One always has to come down from a peak though and although L' Una Rossa (6.4%) smelled of cherries and tasted of roses it couldn't save me from the pungent aroma of black truffle on top of a buffalo ricotta ravioli. At the risk of sounding a churlish philistine the smell reminded me of laundry day and the pairing didn't do the beer justice, reducing it to bubblegum and pear drops. With pork cheeks, cavolo nero and mashed potato though the beer sang and revealed spicy aniseed and coriander flavours.

The delight of Testun al Barolo, a semi hard cow and goat cheese wrapped in a layer of nebbiolo grape husks, paired with a strong IPA called Triplipa (7.8% above) in a match which tasted like a sophisticated cheese and pineapple stick, and a finale of Dieci e lode (10%) a hefty quadruple style brew full of plummy, liquorice flavours matched with a coffee and amaretto bonet (a dessert from Piedmont) effectively erased my moment of black truffle-loathing and left me with a strong desire to return to Tozi with all my friends. Which is, coincidentally, how its name translates.

Sophie Atherton is a freelance journalist and Beer Sommelier with her own blog A FemALE view on beer. She ate at Tozi as a guest of importers Beers from Italy. 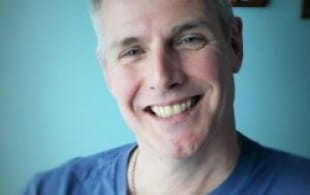 10 food and beer pairings that just don't work - and 10 alternatives that do!How beer and food matching is moving centre stage 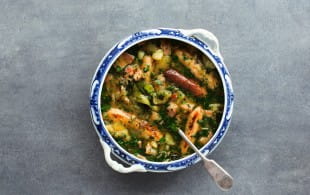