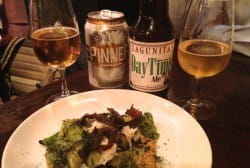 "Cometh August, cometh the Great British Beer Festival and a flurry of other beer-related activity around it. One of the best pre-GBBF events is the Brewers Association lunch, at which it shows off the wares of the American craft brewers it represents and demonstrates the endless potential for matching beer and food. 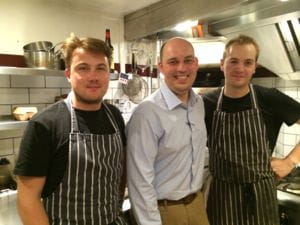 This year's event was held at restaurant of the moment, Kitty Fisher's in Mayfair. To say it's a modern British restaurant, serving food with Spanish influences and describing itself as a wood grill tells you little. If I add the chef is Young British Foodie 2014 winner, Tomos Parry (left with chef Adam Duyle of the Brewers Association, centre) who says he likes to 'bring an element of charcoal into unusual places', you'll start to get it. When I explain trying to book a table is nigh on impossible because it's a favoured celeb haunt and has been written up by every high profile restaurant critic you can think of you'll get the full picture.

The BA chose well, not just because of Kitty Fisher's reputation but because the chef was genuinely keen on pairing his menu with beer - although I was a little surprised to hear him say beers from the US are quite different from British brews in a way that suggests he might not be up to speed with the burgeoning UK beer scene.

BA Chef Adam Dulye worked with Parry on the pairings and told me the aim was that the effervescence of the beer should refresh the palate after the rich and smokey flavours of the cod roe and bread. It worked, but the salty cod roe altered the flavour of the beer from zingy peaches to something rather cidery - albeit not unpleasant. 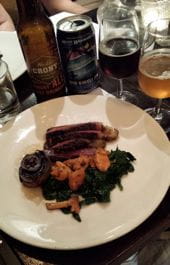 The next dish paired two different pilsners with Burrata, beetroot and gooseberries (although I had no beetroot as it doesn't agree with me). I favoured Sierra Nevada's Nooner pilsner* - which was clean tasting and assertively hoppy compared with the rather lemony Prima Pils from Victory Brewing, Pennsylvania. The match was intended to bring up the hops in the beer - which it did with the Nooner but seemed to do the opposite with the Prima Pils. I'd never thought of pairing a pilsner with a dairy dish before though and am now keen to experiment.

A curious dish of barbecued cucumber, seaweed and Cornish crab was next, paired with two US-style 'session IPAs'. Daytime Ale from California's Lagunitas brewery worked with the dish almost like a squeeze of lemon on seafood whereas Colorado brewery Oskar Blues' Pinner had its hops knocked back and sweetened.

The biggest talking point of the lunch was the 14 yr old Galician Blonde Rib Eye steak (above) served with Scottish Girolles, Onion and Pickled Walnut - which usually comes with an £80 price tag. Mature Spanish dairy cows can be slaughtered for their meat whereas in the UK most of our steaks apparently come from cows that are only two or three years old. The difference in the flavour of the meat is obvious. It was sweet, rich and earthy - nothing like the metallic bloody tang of an average medium rare rump. 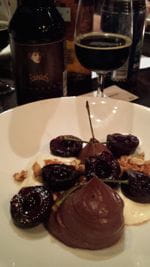 Of the two beers proffered with it No-Li Brown Ale from No-Li Brewhouse, Spokane, Washington was the better match. The rich meat and accompanying mushrooms brought out the chocolatey flavours of the malt, knocked back the zesty US hops and left the other beer pairing, a delicious big, hoppy Big Swell IPA from Maui Brewing Co, for dead.

Glorious blobs of chocolate cremoso with tart black cherries, creme fraiche and hazelnuts embraced and, frankly, smooched with a chocolatey Porter from Founders Brewing of Michigan to end a meal in which Dulye's intention that our palates be constantly refreshed and never worn out was realised.

I just wish more restaurants did beer and food matching as a matter of course, open to all, rather than only doing so when asked to put on a special event for the beer industry.

* the Nooner pisner is about to arrive in the UK.

Sophie Atherton ate at Kitty Fisher's as a guest of the Brewers Association.

Sophie Atherton was the first woman in the UK to be accredited as a beer sommelier. A journalist for 15 years and a beer drinker for more than 25 she now combines the two by writing for the national press, CAMRA's BEER magazine and as beer columnist for Great British Food. She also does beer-based consultancy for the likes of the London Wine Fair, speaks and runs tastings around the UK and is regularly asked to talk about beer on national and local radio. Find out more about Sophie and read some of her work on her blog A FemAle View on Beer. 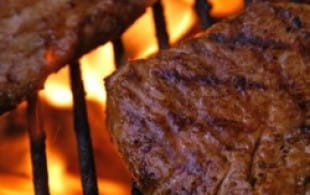 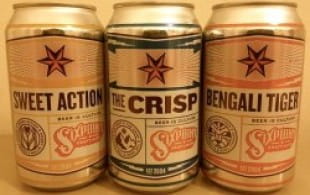 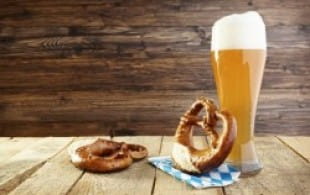