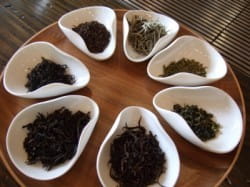 There's little excuse. Over the last couple of years there's been a massive increase in interest in tea, with upmarket tea bars, specialist shops and websites offering an increasingly sophisticated tea drinking experience.I commissioned a young chef and aspiring food writer Signe Johansen (now a published author in her own right) to look into the tea scene in the UK. Here is the first of her reports:

Tea, like wine, differs in flavour depending on where it is grown and how it is treated. Black tea - the tea we’re most used to in the west - is fermented or oxidised before being dried resulting in a strong, tannic flavour. Other types of tea such as oolong, green and white tea are only very slightly oxidised or not oxidised at all.

While all tea is produced from the camellia sinensis plant - just as all wine is produced from vitis vinifera grapes - there are over 2000 different varieties with markedly contrasting flavours. Teas may also be scented with aromatic oils (like Earl Grey) or mixed with flowers as in Jasmine tea.

Here in a nutshell are the main styles from least oxidised to most.

White tea
Highly prized, downy white tea is made from the young leaves of the camellia sinensis plant. They are only harvested in small quantities which makes white tea expensive. Mild and delicate, white tea is higher in antioxidants and contains less caffeine than the more oxidized styles listed below. An ideal tea to be sipped in the evening, or, as Darren Spence, co-owner of the recently opened ‘Tea’ near St Paul’s Cathedral told me, as a mid-morning brain boost – apparently much favoured by high-flying city traders! A good option if you find green tea too ‘grassy’

Green tea
Shares the health benefits of white tea but is much more affordable. Again the leaves are not fermented, simply heated, rolled and then dried (in the case of gunpowder tea, the leaves are rolled into small pellets). Chinese green tea has a different taste from Japanese tea, or sencha. If you prefer more seaweedy, maritime flavours, then go for Japanese green tea (excellent, obviously, with sushi and most Japanese food). Chinese green tea has a more delicate, subtle flavour and can be enjoyed on its own or with food.

Oolong/Wu Long tea
Often described as a halfway house between green and black tea The leaves are wilted in the sun, and deliberately bruised along their edges to expose the tea oils to the air, leading to partial oxidation. John Kennedy, of Teasmith in Spitalfields, reckons Oolong tea is the one with most parallels to wine. Tea plants for Oolong are amongst the highest quality, and their leaves demand expert handling to release the tea’s distinct floral character. Good examples of Oolong I tasted included Teasmith’s Phoenix Sunrise, and the Wuyi Supreme ‘Big Red Robe’ – with its distinct floral and charcoal flavour – a complex tea which releases its aromas in the cup and leaves a rich aftertaste. Some of the best examples come from Taiwan.

Black/Red tea
Black tea is the most widely consumed tea here in the UK, and there are countless blends such as English Breakfast, Traditional Afternoon or flavoured teas along the lines of Earl Grey which is infused with bergamot.

Tea leaves designated as black tea are 100% oxidized and Southern Asia produces the most celebrated examples of black tea. Assam in India lends its name to a malty, rich brew, whereas tea from Darjeeling on the foothills of the Himalayas is delicate and refined with a pale colour – classically known as the Champagne of teas. Ceylon tea from Sri Lanka is nutty, mellow and surprisingly full-flavoured.

In China, black tea is known as red tea, due to the liquid’s red colour. Lapsang Souchong is the most famous example of China’s red tea, grown in the hills of Fujian Province and with a distinctive smoky aroma and flavour. Other examples include Yunnan red tea, from south-west China, with a rich, earthy flavour not dissimilar to Assam, and from Anhui Province, Keemun tea – a rich, aromatic red tea.

Note: red tea is not to be confused with rooibos, from southern Africa. Although red in colour, rooibos contains no leaves from the camellia sinensis tree and is strictly speaking a tisane, or herbal infusion

Pu-erh
Stemming from Yunnan Province near China’s border with Vietnam and Burma, Pu-erh tea is named after Pu-erh city in Yunnan – historically the central trading post for tea along the Silk Route. Known as “post-fermented” or “secondary” tea in English, but as black tea in Chinese, Pu-erh tea leaves undergo a second oxidation and are aged in compressed cakes until they have a musty, earthy aroma that is something of an acquired taste. Pu-erh is highly prized in China as an aid to digestion - and by celebs for its reputed properties as a slimming aid. A connoisseur’s tea, best tried after your palate has grown accustomed to other specialist teas such as white, green and oolong. 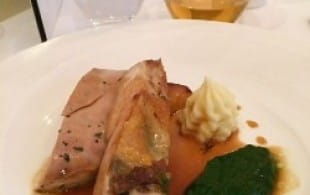 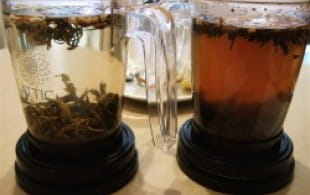 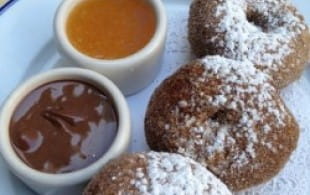