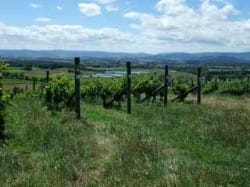 "As you can see from my Guardian article today, I’m a born-again Chardonnay lover since returning from Australia last month.

Did the sun go to my head? I don’t think so. Australia now produces some of the most gorgeous, seductive, beautifully balanced Chardonnays I’ve tasted. Not cheap, mind you, but in comparison to some of the white burgundies I’ve been tasting this week, great value.

The problem is that many of the best haven’t yet made it over here. Most of them were 2009s and ‘10s which haven’t yet arrived on our shelves. A few are from producers whose wines don’t get exported or are available in such tiny quantities that they’re almost impossible to get hold of. Something we want to watch in the UK. There are many other markets for Australian wine who will snap up bottles like these without worrying about the price. Some wines you can now buy more cheaply in the UK than Australia which can’t be right.

Anyway, here’s the pick of the wines I got to try, organised by region, I don’t do scores, though I obviously have personal preferences. They wouldn’t be in this list if I didn’t think they were good. Search wine-searcher.com for stockists."

Cullen Kevin John Chardonnay 2009 (£55-65, $95-99 in Australia)
The wine I think I currently like best of Vanya Cullen’s wines despite being a longstanding fan of the Semillon-Sauvignon blend. A rich, sumptuous serious chardonnay from one of Australia’s leading biodynamic estates. Eye-wateringly expensive, sadly - on a par with Yattarna (below)

Flametree Margaret River Chardonnay 2010 (this vintage is not yet available in UK, around $20 in Australia)
This was the vintage I tasted in Aus which was cracking but still had some way to go. You can buy the 2009 vintage I recommend in the Guardian for 20 from Aus Wine Online. Rich, opulent with some lovely fruit character - citrus, ripe pears, canteloupe melon. Both have good ageing potential

Fraser Gallop Winery Chardonnay 2011 (not yet available in UK, $221 by the case from the winery)
If you tasted this blind you’d be hard-pushed to locate it in Australia. Consciously made with more restrained oak in an almost Chablis-like style it’s a singingly pure, crisp, clean wine that would be hugely flexible with food. (They suggest oysters)

Vasse Felix Heytesbury Margaret River Chardonnay 2009 (about £24-26, $45 in Australia)
I’d have put this award-winning wine in my Guardian article but we’re only on the 2008 vintage in the UK. The 2010 has done even better but buy any one of them you can lay your hands on. 100% wild yeast fermented. Gloriously rich and textured but with a perfectly pitched acidity. Sexy stuff.

ADELAIDE HILLS
The premium area for chardonnay in south Australia.

First Drop Mere et Fils Adelaide Hills Chardonnay 2010 (£14.99 www.thesecretcellar.co.uk, $25AD in Australia)
Classic creamy elegant Chardonnay from the irreverent First Drop boys “we have fun with the packaging but we’re deadly serious about the booze.” “Restrained sophisticated and best drunk in the shower” according to the website. No sulphur, wild yeasts. Great value.

Yalumba FDW (7C) 2008 (available in the UK from February at around £18, $24-25 in Australia)
Another gorgeous creamy Chardonnay with an elegant lift, born from a realisation says winemaker Louisa Rose, that “none of us [in the winery] were taking Chardonnay home and drinking it”. You would this one. FDW? Stands for Fine Dry White.

McLAREN VALE
Not renowned for its Chardonnay though, as these wines show, there are some more than decent ones being made.

Battle of Bosworth Chardonnay 2010 (N/A in UK. About $25 in Australia)
Slightly funky Chardonnay in the natural wine mould though winemaker Joch Bosworth does employ sulphur as needed. Loads of creamy, leesy texture. More than a third of the first vintage of Penfold’s Yattarna came from the same now organically cultivated vineyard.

Paxton Thomas Block Chardonnay 2009 (N/A in UK About $20-30 in Australia)
Good Chardonnay doesn’t just come from the cooler regions in Oz as this beautifully crafted example from Paxton proves. Vines are subject to biodynamic treatments. The 2008 was spot on too.

MORNINGTON PENINSULA
One of the most expensive vineyard areas in Oz, hence the hefty prices.

Kooyong Clonale Chardonnay 2010 17 Wine Society £18.40 Theatre of Wine, £18.50 L’Art du Vin, Great Western Wine, £18.99 Cambridge Wine Merchants, about $25 in Australia.
Recommended in my Guardian piece today though I’ve added a couple of other stockists. Could easily be white burgundy. Really subtle, elegant, creamy, beautifully in balance. The Pinots, which I’ll be writing about, are lovely too. Great value.

Yabby Lake Block 1 Chardonnay 2009 £46 swig.co.uk (which doesn’t look a bad price when you see it’s $83.33 from the winery)
Apparently only 748 bottles were made of Yabby Lake’s top end Chardonnay - and you can only buy a maximum of two. Worth it I’d say if you can run to it though the single vineyard Yabby Lake Chardonnay which is pretty gorgeous too is ‘only‘ 26.50. “We don’t want them to be better than our single vineyard wines” says winemaker Tom Carson “we want them to be different”. Collectors items.

YARRA VALLEY
If I had to pick one region for chardonnay in Australia this would be it.

De Bortoli Reserve Release Chardonnay 2008 £23.49 simplywinedirect.com, $40 in Australia
One of the most impressive things about the trip was that it wasn’t just small boutique operations that were making great Chardonnay. Large companies are too as De Bortoli proves with this beautifully balanced wine. "We are paranoid about making fat Chardonnays” says winemaker Steve Webber.

Chandon Yarra Valley Chardonnay 2010 (not available in UK), $19-25 in Australia
This tends to be eclipsed by producer Domaine Chandon’s sparkling wines but I reckon it’s the best wine of the range - quintessential Yarra Valley Chardonnay. Confusingly it’s still marketed as Green Point in the UK and only available in older vintages which doesn’t help. Good value in Oz though.

Giant Steps Arthur’s Creek Chardonnay 2010 (currently on offer at £25 from thegoodwineshop.co.uk. About $40 In Australia
I mentioned the Sexton Vineyard in my Guardian feature and the cheaper Innocent Bystander Willing Participant Yarra Valley Chardonnay 2010 which is excellent value but my own favourite of Phil Sexton’s single vineyard bottlings was the Arthur’s Creek which is apparently the coolest of the sites. It has incredible purity and persistence.

Oakridge Lieu-Dit Chardonnay 2010 (not available in UK. About $44 in Australia)
Winemaker David Bicknell is apparently known as Mr Chardonnay a well-deserved accolade judging by this near-perfect bottling. Oakridge was also nominated Winery of the Year in this year’s The Age and Sydney Morning Herald Good Wine guide. Minimal intervention - no malo no acidification, natural yeasts, It’s lush - goodness it’s gorgeous - but still manages to be refreshingly crisp.

Wedgetail Estate Yarra Valley Chardonnay 2009 (not available in UK. About $40 in Australia)
A classically Burgundian Chardonnay (if that’s not an insult to the Aussies) from owner/winemaker Guy Lamothe. From a cool dry hilly area in the north west of the valley. Elegant, pure, rich but restrained. Just 12.8%

Mac Forbes Woori Yallock Chardonnay 2010 £23.90 slurp.co.uk $44 in Australia
My favourite of the two Mac Forbes single vineyard Chardonnays though the Hoddles Creek was also pretty impressive. Restrained use of oak (only 22% new) resulting in a beautifully integrated wine with a really fresh, citrussy finish.

Penfold’s Yattarna 2008 £48-77 in the UK (an extraordinary price range) Majestic has it for £55, $129.99 from the cellar door
Is Yattarna better than any of the above wines? Debatable. Is it worth twice as much as most of them? I’d say not. Don’t get me wrong, it’s a delicious Chardonnay but its role as ‘white Grange’ undoubtedly distorts its market value. A much better deal in the UK than Australia though which must be galling.

I didn’t visit Tasmania or New South Wales on this trip hence the absence of recommendations from the Hunter Valley, Orange, etc.

And if you want some ideas as to what to eat with these rather nice bottles you'll find some suggestions here. 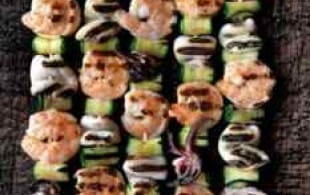 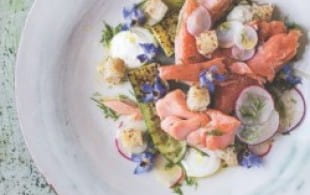 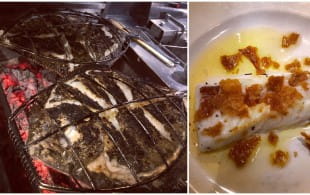