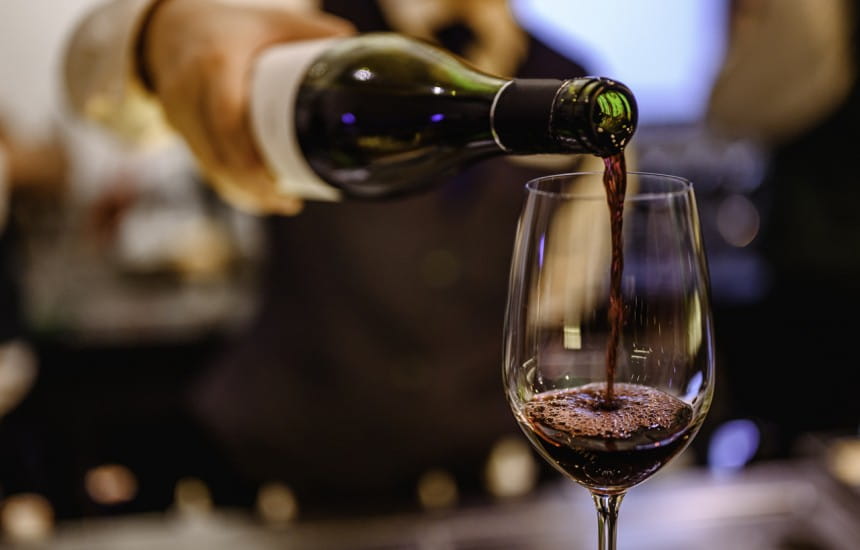 Why do we enjoy making (and, hopefully, reading), lists? I guess for some, like the “top-5” obsessed staff at Nick Hornby’s imaginary record store in High Fidelity, the idea of selection and hierarchy has inherent merit. For others, it can be the idea of taxonomies: putting some order into the chaos. Probably for all of us, the opportunity of thinking back to what we have experienced is what makes a landmark special. So, with the New Year approaching, I thought back to the wines that marked 2019 for me.

A list, however, that attempts to catch the “Top” or “Best” always runs the risk of turning too personal, too self-indulgent. After all, the most memorable wine moments we have are rarely because of the liquid itself. So, if you’ll indulge me, instead of my “best” wines of the year, here are 10 wines I had in 2019 that I think you should have too.

Whisper it, but not everyone loves champagne. Or, to put it more accurately, not everyone loves the sparkling wines aficionados do. Friends and family have often had to fake approval after trying my latest favourite extra brut franciacorta or pas dosé champagne; it can be a challenging predicament being caught between a rather steely drink and a loved one staring back like an overexcited labrador. You don’t run any such risks with Billecart-Salmon’s Sous Bois, a blend of the classic champenois grape varieties, vinified and aged in oak casks. This is a rich, powerful champagne that understands elegance as muscle tone. It also speaks of grandness and festivity, so a good one for this time of the year – and even better for this time of the year 2021, as it will improve. Warning: you will need some serious canapés for this if young. I have served it to accompany a dinner of sea bass with roast vegetables and it shrugged that off casually. Proceed accordingly.

Wine writers often feel that there are some wines that are perpetually misunderstood by the public and mistreated by the market. On the antipode of champagne’s glory and fame comes cava. Identified with the mass-produced offerings of Spanish conglomerates, it’s unsurprising most consider it a low-cost, entry level sparkling, like a brackish alternative to prosecco. That is, of course, only part of the story. There is another cava: fine, elegant, on par with any quality sparkling, yet distinctly different. Duran’s 5V, a blend of the three traditional varieties of macabeo, parellada, and xarel·lo, with the Champenois chardonnay and pinot noir, was one of my favourite examples this year. As above, you can serve this as an aperitif with suitably interesting starters (seafood would work particularly well), but I prefer it to accompany a main. I had it with salmon fishcakes and it worked like a charm.

The concept of Alpine wines fascinates me. There is something particularly romantic about grapes that are grown in such a challenging environment. I don’t drink as many of them as I would like, partly because their availability is limited in the UK. For example, I’ve struggled to track down most labels described in Artisan Swiss, an excellent blog covering the wines of the Confoederatio Helvetica. You would probably find it similarly tricky to grab a bottle of the best product of the Alps I’ve had this year, the Aostan Les Cretes Fleur 2017, an electric, formidable wine keeping a fine balance between Northern coolness and an almost Mediterranean salinity. For a more easily available, and financially much less punishing, stand-in, I refer you to the ever-reliable Wine Society. Peillot’s Altesse has the gentleness and clarity I associate with the grape, but enough citrus on the palate and aftertaste to keep things interesting. Just the thing if you’re planning a fondue with the leftover Christmas cheese.

It might not feel like it now, but summer does eventually come back every year and with it the appetite for fresh salads, fried zucchini, and grilled fish. You won’t be surprised to hear I favour Santorini whites above all else, but I’m always open to a supporting cast: Fiano and Falanghina from Campania, Albariño from Galicia and Xarel·lo from Catalonia, the Great White Classics of Burgundy. I’ve not always had a perfect track record with Carricante, Sicily’s answer to Assyrtiko, but Planeta’s Eruzione has been a favourite of mine lately. I don’t know if I can actually taste the small quantity of Riesling, or it’s just the idea it’s there, but I find an Alsatian twist in the aftertaste that works particularly well - and I’ve laid down a few bottles to see how it’ll do over time too.

Those more inclined to national stereotyping might think Greeks always need to have a retsina in their wines of the year. In reality, retsina is more a source of frustration than pride amongst the country’s vinerati, seen as unfairly sullying the good name of Greek wine to the older segments of Western populations. It might surprise you to hear that things have moved on. Earlier this year, I did a survey of the contemporary retsina scene. Amongst the novelties and oddities (pet-nat retsina, rosé retsina, retsina in amphora) one stood out: Pine Forest is 100% Assyrtiko, with only the gentlest suggestion of pine resin. Full-bodied, tense, and saline, it is probably the only retsina that will develop over the next two to four years - and it’s one for a Springtime seafood feast.

Supermarket and wine merchants’ own labels are rarely anything to write home about: unsurprisingly, producers do not reserve their finest wines for someone else’s brand. Happily though, there are still some reasonable buys to be found in the better years. The Wine Society’s 2010 Pauillac, from their premium Exhibition range, was released about this time last year and is just entering young adulthood now. A wine made for Beef Wellington, it provides a peek into the combination of firmness, leanness, and elegance associated with this most aristocratic of Bordeaux communes. Granted, it not exactly the finest example of its kind, but at £24 it is at least priced within the occasional reach of us mortals – you can buy a case of the allegedly monumental 2016 Lafite instead, but you’ll need to sell a moderately used Subaru Impreza for the privilege.

There must be few grapes in the wine world as mistreated as Nero d’Avola, usually making the bulk of bland, sugary concoctions, whose main aim seems to be to stay below the psychological threshold of £5, the inflation-unaware price ceiling first decreed, I believe, by Disraeli’s Super Market Minister. The COS Pithos feels like it’s made with the express intention of being the polar opposite. A blend of Nero d’Avola with the gentler Frappato, it could pass for Fixin in the glass. On the nose, it has earthiness and elegance; on the palate red fruit and freshness; on the aftertaste, length and hints of tannin. It is almost the platonic ideal of an accompaniment to a midweek plate of pasta with a rich red sauce. In a perfect world, it would also have a price to make it a midweek wine. Alas, as so often, quality comes with a price tag to match.

Santorini Assyrtiko has been arguably the greatest success Greek wine has ever had, with prices seemingly ever higher. While I mourn the loss of its status as one of the wine world’s greatest bargains, I can see it going even further up and deservedly so. I have struggled, however, to justify the dizzyingly high prices of Santorini’s red grape, Mavrotragano, which often appears to be over-oaked beyond any grape or terroir recognition. Thus, I approached the T-Oinos Mavro, a Mavrotragano-Avgoustiatis blend from Santorini’s Cycladic neighbour Tinos, with similarly low expectations. The dark, Argentian Malbec-like colour seemed to suggest more of the same. Yet, it all changed when I brought the glass to my nose, the aromas (ripe red fruit, hints of dark chocolate) promising that most elusive of qualities, finesse. The texture was pure velvet, the tannins having softened considerably after a few years in the cellar. It is not necessarily the best Greek red I’ve had this year, but it is the only one I would unhesitatingly call suave.

Sweet wines hold a peculiar position in the festive meal. By the time they arrive at the table, everyone is at least pleasantly tipsy, and thus very open to more drink. On the other hand, few are still in a frame of mind to fully appreciate how complex such wines can be. This, then, might not be the perfect time to serve your very best Sauternes. Yet, it is also not the time for something bland – and I am sorry to say that a good chunk of own label offerings I’ve tried are just that. An honourable exception is Waitrose’s Château Suduiraut 2011, delivering the tension between sweetness and acidity I am looking for in a Sauternes. The canonical match with Roquefort is not really my thing anymore (I’m more inclined to think lemon tart), but I’ve seen it perform admirably for others.

Another plight of sweet wines is that they’re often called to accompany over-sweet desserts. Serve the Sauternes above with a traditional Christmas pudding, for example, and that beautiful tightrope walk will plunge into the rum-and-raisin depths. For such hearty fare, you’ll need something more substantial, such as Madeira, Maury, or, for something more off-piste, the sweet wines of Samos, about which I’ve written before. At this time of the year, however, I like to keep to the classics – and there is nothing more classically Christmassy as a tawny port. It’s a wine made for Christmas pudding, the nut and caramel aromas echoing the dessert’s spices, and the fortified backbone balancing the pudding’s richness. Do invest in the 20yo, a substantial upgrade over its 10yo sibling. It is Christmas after all.