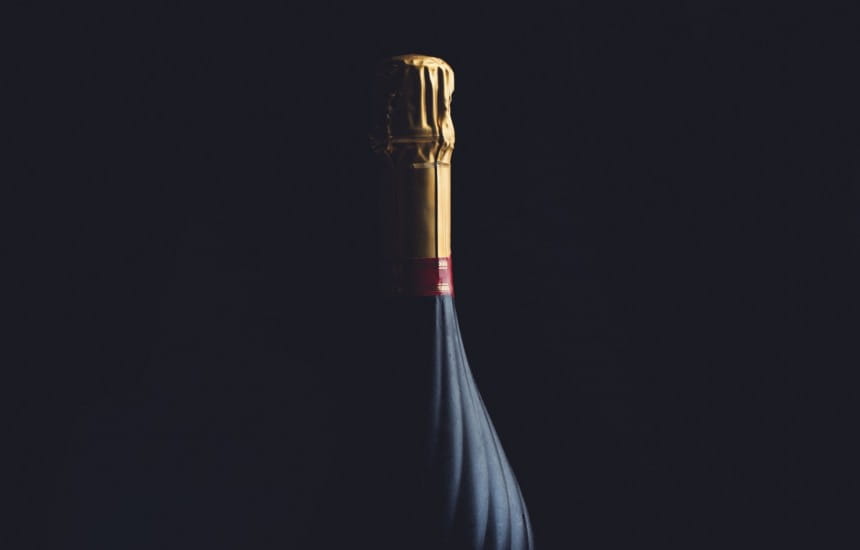 We are all familiar with the pop of the cork, the seductive stream of bubbles and the heady sensation as you take your first sip, but how much do you really know about the world’s most romantic drink ?

Here are 10 facts to drop into conversation next time you’re clinking glasses:

Possibly the most well known “fact” about bubbly turns out to be fiction. Dom Pérignon may have created techniques to stabilise the bubbles during the ageing process but he didn’t come up with the méthode champenoise. In fact, the oldest record of sparkling wine being made is 1531, and it’s from nowhere near the region; Blanquette de Limoux was produced in the Abbaye de Saint-Hilaire in the Aude region down in the South of France.

And to add insult to injury for the French, it was an Englishman named Christopher Merret who documented the process of adding sugar to fully finished wine in order to create bubbles, way before Dom Pérignon even came near Hautvilliers Abbey in 1668. 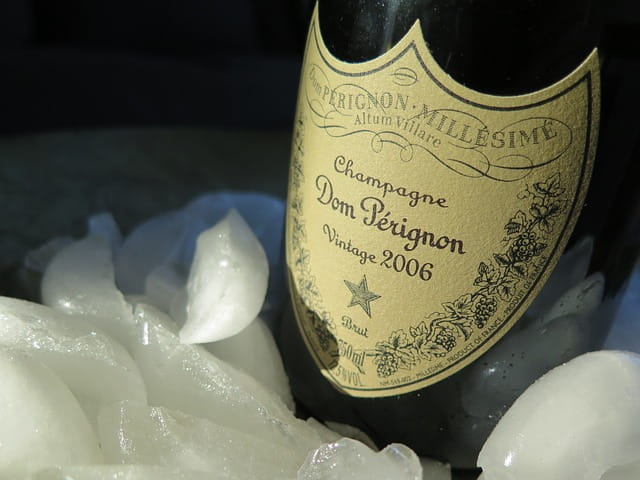 2. Champagne has always had a royal connection (and not just because the royals drink it)

This is the beginning of the long history of Champagne being used by royals in all ceremonies, religious or otherwise; a total of 25 French monarchs were crowned in Reims, starting with Louis VIII in 1223.

3. Waiter, there’s salt in my champagne …

You may find that some champagnes have a saline quality which can be traced to the local Kimmeridgean limestone.

About 155 million years ago there was a low sea shelf in the region of Champagne, where there were lots of sea critters. When the creatures died their skeletons fell to the bottom of the ocean and fossilised. If you look at the soil in the region you can see evidence of these fossils which is what gives some champagnes a certain salinity.

Even when described as 'brut' most champagnes contain added sugar which is known as a “dosage” and is used by producers to counteract the basic acidity of the grapes in what is a pretty northerly growing region. You can tell roughly how much has been added from the description on the label.

Brut Nature / Brut Zero means there is no added sugar to the champagne; it’s known to be the favourite style of celebs like Kate Moss due to its low sugar and low calorie content (60kcal per glass)

Brut is anywhere between 0 and 12 grams of added sugar per litre, and this is the style that is most commonly found in the big brands or 'grandes marques' (although sugar levels have been inching down over the last few years)

Sec is between 17 and 32 grams of added sugar per litre. Although it means ‘dry’ in French, it is clearly not with almost a teaspoon of sugar in each glass.

Demi-sec has 32-50 grams of added sugar per litre. This means ‘half-dry’, which is even more confusing for native English speakers. Medium sweet would be a more accurate description.

4. The champagne grapes you've never even heard of

You may know that the main three grapes in the Champagne region are chardonnay, pinot noir and pinot meunier, but it is less well known that three other permitted grapes - pinot blanc, petit meslier and arbane. Although the quantities are tiny - less than 1% of the grapes grown in the region they can be found in some blends. Specific houses like Duval Leroy produce single varietal champagnes from these varieties and they are really interesting wines should you ever get your hands on a bottle.

There is also another variety which represents the smallest percentage of grapes grown in Champagne and very few people know of it at all: enfariné noir, or as it is known locally, Gouais Noir. This is a pale red grape that is rubbish for sparkling wines but is widely used for table wines in the region. 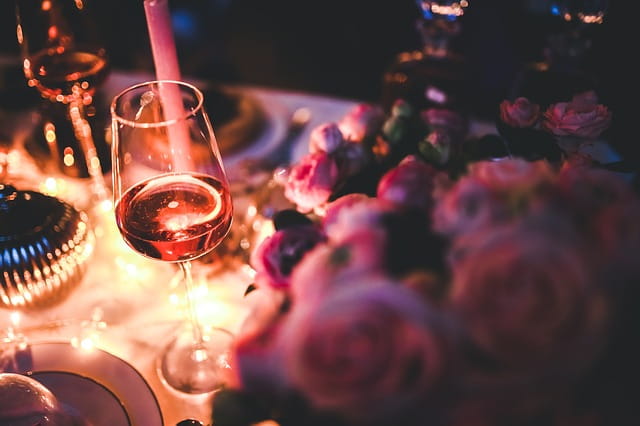 Coteaux Champenois are still whites or reds from the region, some of which are blindingly brilliant (like Bérêche et Fils), and others are produced for local consumption.

Rosé des Riceys is made down in the Côte des Bar (see below). Little known fact: the appellation Les Riceys is the only wine growing area in France that has three officially recognised denominations in it: AOC Champagne, AOC Côteaux Champenois red wine and AOC Rosé de Riceys

The names you most commonly see on supermarkets such as Moët & Chandon Imperial and Veuve Cliquot Yellow Label, are known as Brut Sans Année (BSA) or a Non Vintage (NV), and represents the house style of each producer or 'maison' as they're called.

Many count their NVs as their pride and joy and consider them the ‘flagship’ of the their champagne house. When you go out to buy your bottle of G.H. Mumm Cordon Rouge for instance, you know that it will taste the same time after time. But that's not that easy to achieve as the grapes will taste different from harvest to harvest. So how do they do it? The cellar masters of each champagne house use a blend of wines from multiple vintages (some up to 20 years old) to create a consistent cuvée.

The main differences between a non vintage and a vintage champagne are two main things: grapes and ageing. In vintage champagne, grapes can come from any part of the region, as long as they are 100% from the declared vintage, and they have to be aged for 3 years as opposed to 15 months for a non-vintage. The time and care that is taken over vintages can mean a superior, more complex champagne but some champagne houses' non-vintage is in the same class.

We all like to think of our wines being made by gnarled artisanal winemakers but Champagne doesn't work quite like that. Larger groups virtually monopolise the UK champagne market. For example, the multinational conglomerate Louis Vuitton Moët Hennessy (LVMH) owns Moët & Chandon, Dom Pérignon, Krug, Veuve Cliquot, Ruinart and Mercier - and is estimated to account for about 20% of the total sales of champagne by volume.

You may see the letters NM on some of these larger brands; this stands for Negociant Manipulant, and signifies that the grapes used in the wine are bought from many different sources and produced in house. These houses do often own their own vines but the majority of their grapes will come from other growers. In the production of LVMH brand champagnes, 75% of their grapes come from external growers.

If you see the letters RM on a bottle, this means the Champagne is produced by a house that uses only their own grapes in their finished wine. This Recoltant Manipulant produces what is known as a “grower Champagne”, and some of them are considered among the best in the region. Some wines worth looking out for are those from the houses of Henri Giraud, Vouette & Sorbée, Ulysse Collin and Egly Ouriet.

8. But aren’t a lot of sparkling wines made using the Champagne method?

Technically yes, but they can’t use the C-word. Outside of Champagne the Méthode Champenoise must be called the “traditional method”. And don’t forget that Prosecco is produced using an entirely different technique called the charmat method which has no second fermentation in bottle but instead in huge tanks, which makes the process faster and more cost effective.

So what is Méthode Champenoise? After the still wine is made, it is put in bottle and a solution is added called the liqueur de tirage that contains wine, sugar and yeast. The sugar and yeast react together to produce more alcohol and carbon dioxide, the latter of which dissolves into the Champagne, and produces its famous bubbles. This process takes a minimum of 15 months for non-vintage champagnes. The leftover yeast is removed, and the cork is inserted, ready for further ageing or consumption. 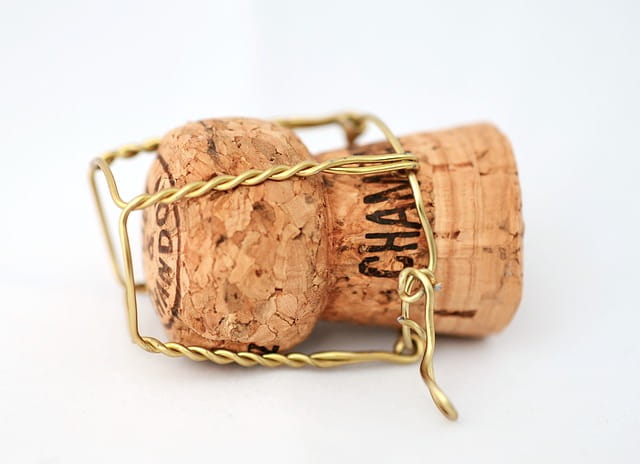 9. Why champagne corks are such a strange shape

Corks are synonymous with Champagne; the unique shape, the classic pop, it’s all part of the experience. The weird thing though about the cork is that before it is put in the bottle, it has the same uniform shape that corks from other still wines have. The next bottle of champagne you buy, you should keep the cork after you open it and watch it regain its original shape.

The wire cage keeps the cork in place, and makes sure that it doesn’t pop out while it’s sitting on the shelf. There are about 6 bars of pressure in a bottle of Champagne, which is enough to take an eye out, so this cage is key for safety. It’s also a good reason to keep your champagne chilled; it's less likely to burst explosively out of the bottle if the wine is cold! (If you want to see how to open a bottle of champagne check out this video)

You may be one of those people that collect the decorative caps of champagne bottles, but very few people know the purpose of these caps. Dry style champagnes are a relatively recent trend; before this, Champagnes had a much higher sugar content. This meant as the bottles were laying in the cellar, rats would come and nibble at the sugary corks, resulting in hundreds of shattered bottles (and probably a few lacerated rats). The cap was introduced to stop the rats from getting into the bottles. Now that a drier style is more common, and health and safety standards have been raised ever so slightly, the cap is only there for decorative purposes!

10. There's a part of the champagne region no one talks much about.

Côte des Bar, in the Aube region, is situated well to the south of Reims and Epernay. It doesn’t have the same reputation as the rest of the region for quality but it’s a very interesting place for champagne production, since this is where land is cheapest. This has new producers to get established bringing their innovative practices and fresh ideas to the region.

Surprisingly, for an area that is not spoken of much, Côte des Bar makes up around 20% of the wine producing area of Champagne. The area almost exclusively plants Pinot Noir due to its slightly warmer climate; the champagne house Drappier, which is based in Urville, claims that pinot noir is the grape that “runs through their veins”.