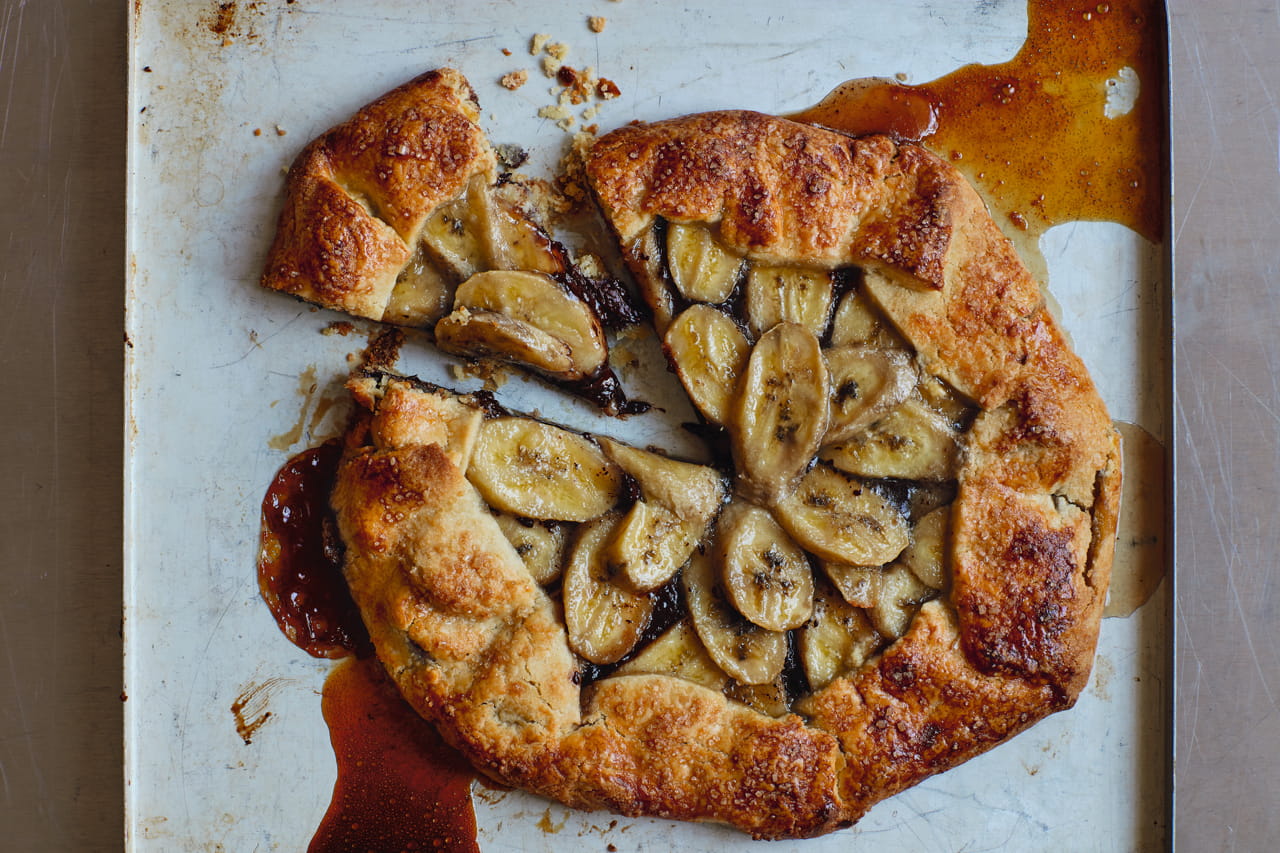 If you're a chocolate-lover - or buying a present for one - you're going to want to get your hands on a copy of Sue Quinn's The Little Chocolate Cookbook which is full of really original and delicious recipes including this chocolate, banana and hazelnut galette.