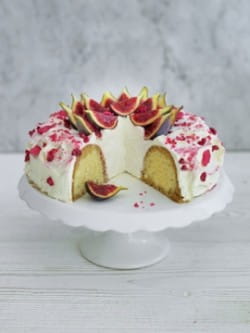 The cover recipe from pastry chef Claire Clark's gorgeous new book 80 Cakes from around the World, photographed by the equally talented Jean Cazals.