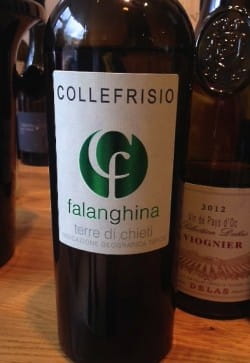 Not that many people get past pinot grigio in their exploration of Italian whites but Falanghina (pronounced fal-an-ghee-na) is certainly one you should try.