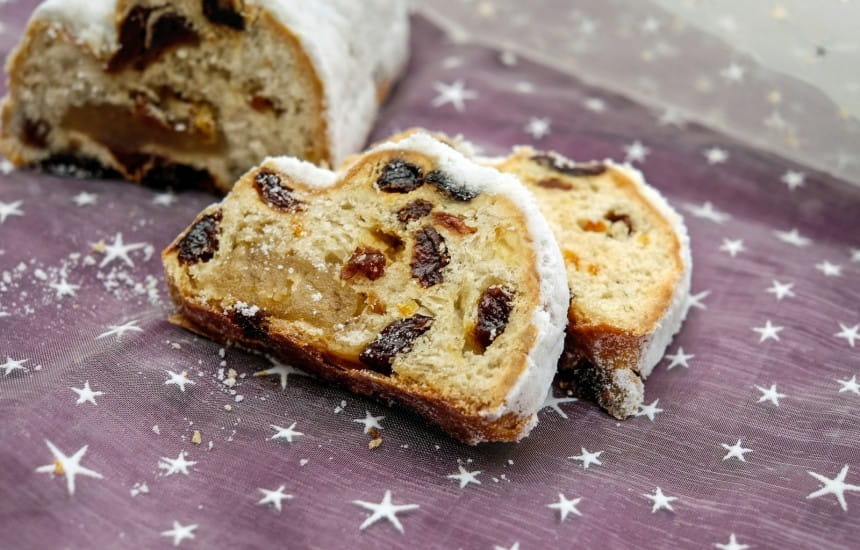 But here are some other ideas, with additional contributions from my helpful followers on Twitter:

So obvious, perhaps that it doesn’t need saying but the great German tradition of kaffee und kuchen points to coffee with stollen rather than tea. @sbonnerabv went as far as to specify an espresso with whipped cream and a shot of peach schnapps

In fact peach schapps was mentioned twice. I’m not sure I wouldn’t prefer an apple or pear-flavoured one or similar Alsace eau-de-vie (apples and pears and marzipan being a well-tried and tested flavour combination) but worth a try

Germans make some great sweet wines with lovely acidity that would be a real treat with this festive bake. The Wine Society suggested a vendange tardive gewurztraminer. And someone else eiswein though I'd find that a shade too sweet myself.

I really like this suggestion. More than malt whisky. It should work beautifully given the vanilla and brown sugar notes in many rums

An interesting suggestion from contributor Lucy Bridgers - this blend of grape must and cognac is normally drunk as an aperitif but would work really well with stollen. As would . . .

Stollen recipes like this one often have a touch of brandy though a large cognac might possibly not be appropriate at tea-time ;-)

Less common than sweet sherry or madeira but I think rather well suited to pairing with marzipan and dried fruits. As would malaga.

Possibly an overkill on the almond front but if you like the taste of marzipan you may enjoy this extra level in your drink. I’d serve it well chilled or on the rocks, though.

It’s often forgotten that champagne is sweetened with a sugar solution called a dosage so although it might strike you as dry there’s a residual sweetness that makes it compatible with cake. And stollen isn’t that sweet. Sekt would of course be the more authentic choice but it’s hard to find a good one in the UK. And prosecco works well with panettone so should with stollen too.

* Easy enough to find in France but I have spotted it in Waitrose and Lidl. 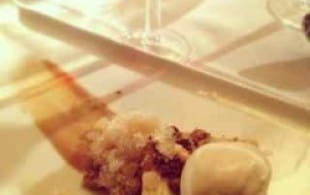 Toasted hay tart with coffee and walnuts with 1981 madeira 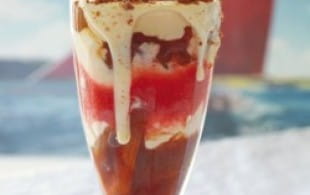 I used to go to a waifs and strays Christmas Brunch in Sydney - we always had stollen with brie and champagne. It was a lovely combination!