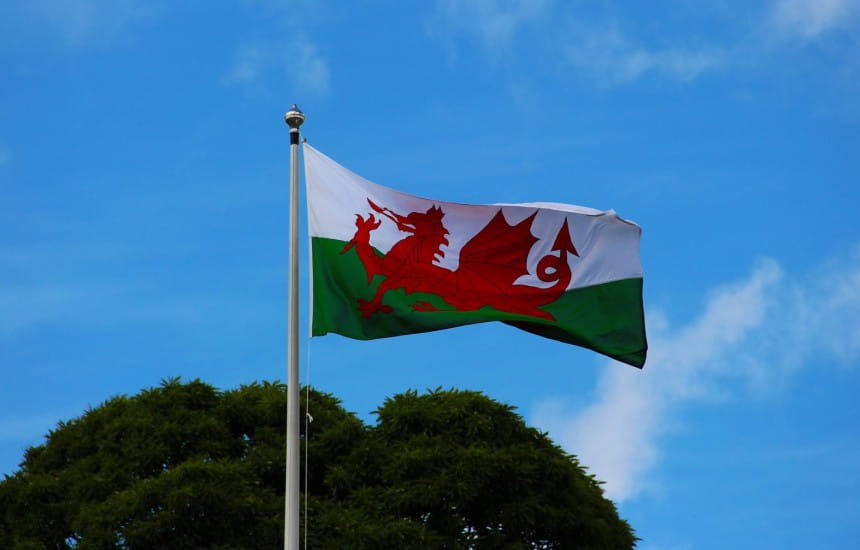 Glamorgan Sausages
Not sausages in the normal sense of the word, more like melted cheese rissoles (delicious, actually). Given the mildness of the cheese (Caerphilly) and leeks a white would go better than a red so why not try a Welsh wine if you can get your hands on one? (There’s a list here) Other crisp dry whites or an unoaked chardonnay or Chenin Blanc would also work well.

Cockle and Smoked Bacon Pie
Again I would class this is a white wine dish and again Chardonnay would hit the spot, though with the pastry it could afford to be a fuller-bodied, oak-aged example. But actually what I’d really fancy is a golden ale or cider. Here are the recent Welsh champion beers to choose from and the site of the Welsh Perry and Cider Society

Cawl
Basically a Welsh version of an Irish stew - a simple dish of lamb and root vegetables. (You can find my version here) A natural for a pale ale or a cider (see above)

Roast loin and braised shoulder of Welsh salt marsh lamb with caper jus
A modern Welsh dish from Great British menu contestant Bryn Williams made with lamb from the salt marshes (see above). Despite the light sauce I'd go for a classic red - a mid-priced red Bordeaux, Rioja reserva or Chianti Classico

Monmouth pudding
What seems to be a Welsh spin - traditional or not, I don’t know - on Queen of Puddings. Although warm (which can make a wine match harder) it’s served with vanilla icecream which will bring the temperature down so any sweet wine with good acidity should work. Try a late harvest riesling.

And what about that Welsh whisky? Well you could try it with a good Welsh cheddar like Hafod or with a slice of Bara Brith, the traditional Welsh fruited bread.