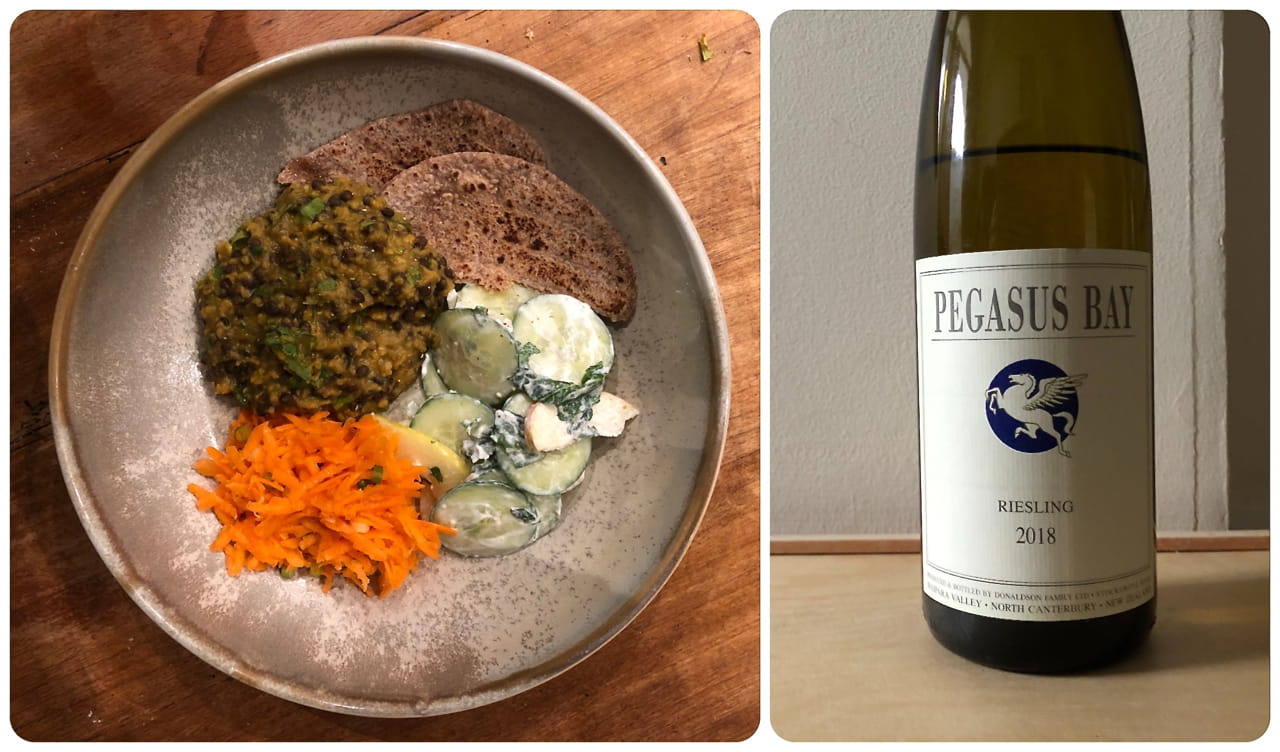 Riesling is often paired with Indian food though I don’t think it always works with hotter curries. But with this anglicized version of a dal from Hugh Fearnley-Whittingstall’s new book Eat Better Forever it was spot on.