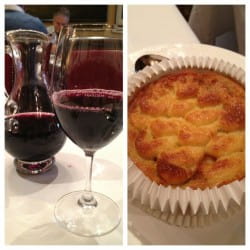 This week’s match is a blast from the past - a visit to the historic Rules restaurant in London’s Covent Garden where we tucked into the kind of food you’d have eaten 50 years ago - if not 100.