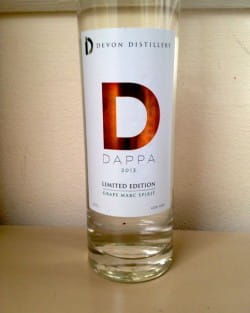 I confess it was the name that hooked me on this week’s drink of the week, Dappa being Devon’s answer to grappa.