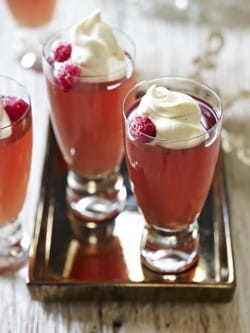 A simple and delicious Christmas dessert from my mate Sarah Randell, food director of Sainsbury's Magazine, which combines two of my favourite things, jelly and cocktails.