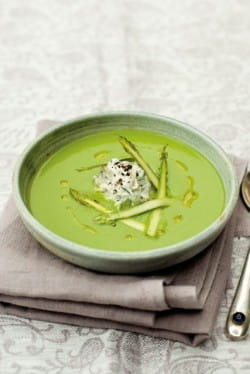 A clever recipe from Tom Kitchin's Kitchin Suppers making the best of the short homegrown asparagus season. I love the twist of adding shredded chicken wings and ricotta as a topping which both poshes it up and makes it more substantial.