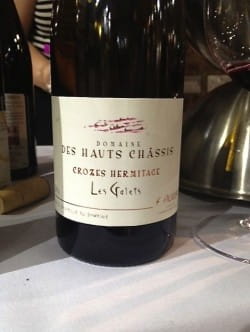 I’ve a bit of a weakness for the Rhône but was really blown away by this amazing Crozes I tasted at the Berry Bros & Rudd tasting this week - part of their Rhône sale which lasts until November 10th.