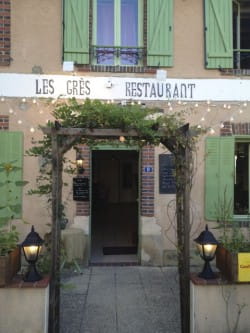 Les Grès, Lindry - a breath of fresh air in Burgundy

Burgundian restaurants are some of the most traditional in France but Jérôme Bigot’s charming, original Les Grès wouldn’t disgrace Paris’s fashionable 10th arrondissement.