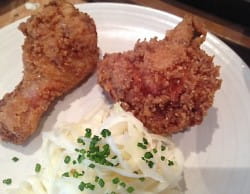 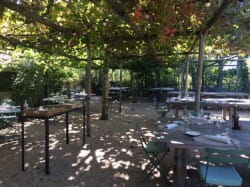 La Chassagnette: so pretty but more misses than hits

Given that I plastered photographs of La Chassagnette all over my instagram feed the other day you might think a review was superfluous but the truth is that pretty plates do not necessarily a great restaurant make.

The peaches are so fabulous here in Arles, so gorged with sweet, ripe juice that we’re eating them almost daily. One great way to serve them which I was reminded about the other night when we dined at a local restaurant, Le Corazon is with red wine - just as good as the better-known pears in red wine.