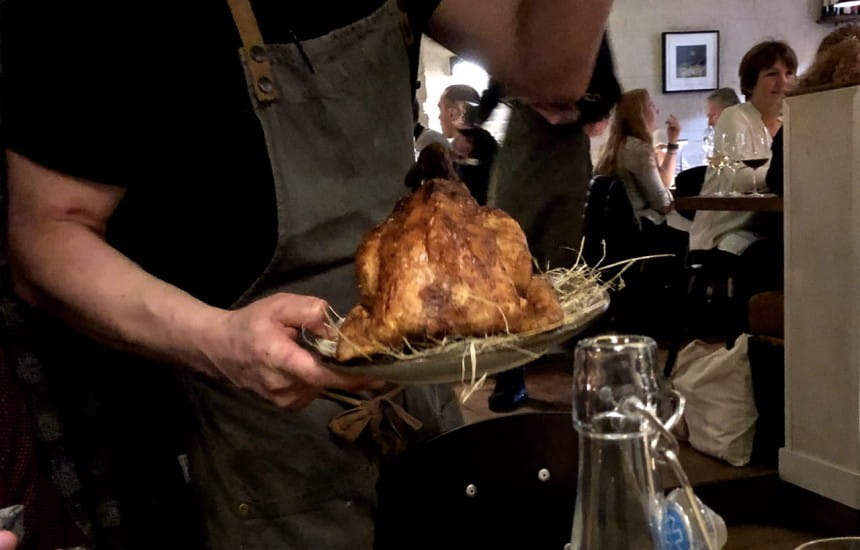 Roast chicken with chardonnay - what’s new about that I hear you say? Well, nothing, obviously but imagine some of the BEST chicken you’ve ever eaten and a GREAT chardonnay - in this case the 2005 Stephane Tissot Arbois chardonnay Les Graviers - and it becomes one of those stellar wine pairings you dream about.

It wasn’t the only great wine on the menu which was at a wine dinner at Two Lights in Hackney - there was also a marvellous Crémant de Jura called Indigène, a more youthful 2017 Bruyères chardonnay (served with scallops ‘casino’ with bacon, truffle and I think, almost certainly, butter) and a Vin Jaune La Vasée 2011 which was paired with aged Comté.

But the chicken, which was a poulet de Bresse served with chips and a mustardy hollandaise was the undoubted star. The chardonnay worked in much the same way as a great white burgundy (it's apparently grown on similar limestone soils to Corton Charlemagne) but with a slightly nuttier taste and the most brilliantly refreshing acidity. (We also tasted a couple of red wines with it - a 2016 Côtes du Jura Pinot Noir En Barberon and a 2017 Singulier Trousseau but I thought the chardonnay worked best.)

The best food to pair with chardonnay

If you’re interesting in learning more about Tissot, who cultivates his vines biodynamically, there’s a good Q and A on the Union Square website.

See also 8 great wine (and other) matches for roast chicken

I attended the dinner as a guest of Two Lights 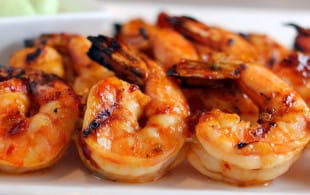 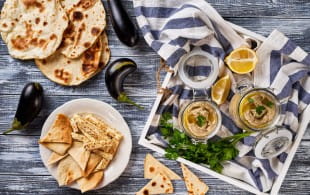 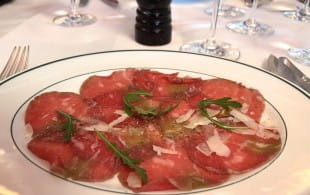 The wines sound superb and I love the fact the chicken was served with chips, not some fussy nonsense. Sounds like a fantastic dinner.