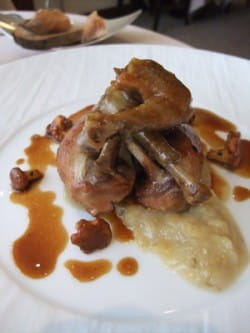 The key ingredient - a highly original twist - was a gooseberry compote which really keyed into the wine, a Cantele Salice Salentino 2006 from Puglia. It lifted it above the ordinary (not that there was anything wrong with it, it’s just an inexpensive wine) and made it taste sumptuously brambly and velvety. The other accompaniments - a rich but not over-heavy jus and some girolles acted as a good supporting cast.

A lesson that you don’t necessarily have to drink great wine with Michelin-starred food if the sommelier knows his job.

My meal at Eastside Inn was complimentary 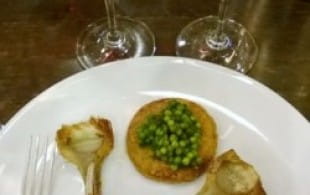