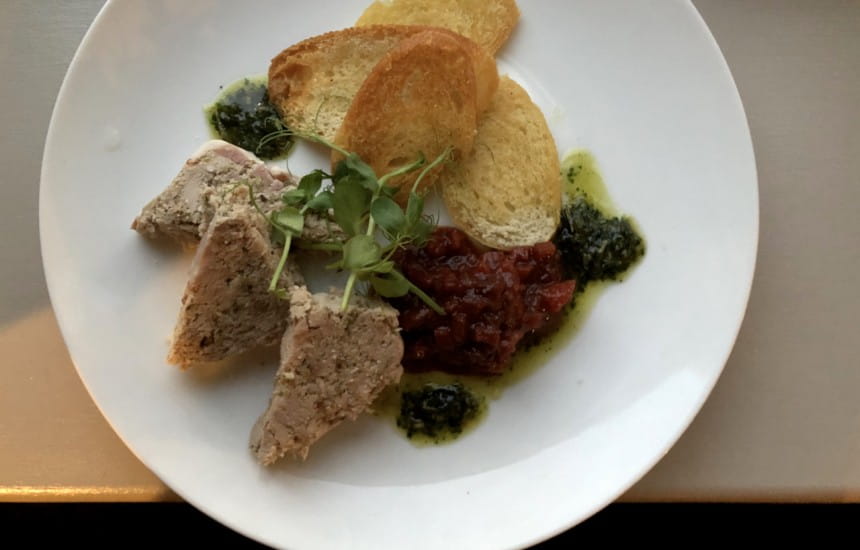 Owner Matt Slocombe, also happens to be a chef who used to run cider producer Weston’s restaurant Scrumpy House and has worked a great deal with cider over the years so it’s no surprise either that the food is perfectly attuned to it.

My favourite pairing at dinner at the weekend was this richly flavoured pheasant terrine which was served with gooseberry and sage and a quince and ginger chutney. He suggested we drank their full-bodied (7.3%) Kings Fine Vintage cider with it and it was spot on. It also went really well with my main course of pork belly with caramelised apple and quince as did Tom Oliver’s deeply flavoured Gold Rush no. 7, a collaboration with Ryan Burk of Angry Orchard in New York.

It’s great to be able to drink locally made drinks with locally sourced food like this. You’d be mad to drink anything but cider (and perry) in Herefordshire!

For other cider pairings see Top Food Pairings for Cider

I ate at The Crown as a guest of the restaurant. 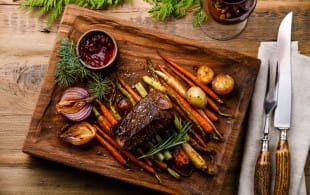 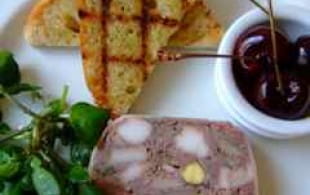 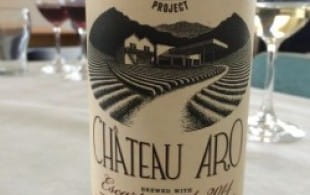 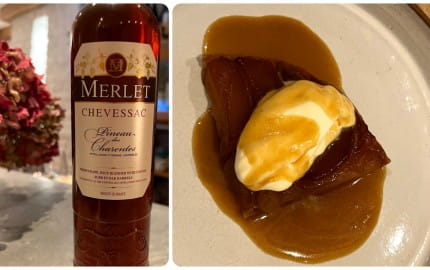