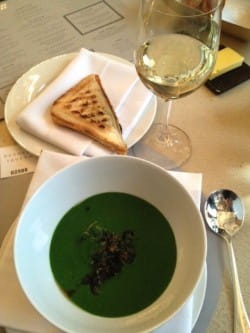 I’d dropped by for an early lunch before a tasting I was doing so decided to eat from the starter menu and it was the soup - a Caroll’s potato and parsley soup, Dorset snails, Stornaway black pudding and Breville brioche toastie, to give it its full title - that really caught my eye, not least because of the idea of eating a 70s-style toastie in a posh restaurant.

As you can see the parsley gave it an amazing deep green colour, the perfect balance to the savoury snails and black pudding. And the Muscadet - a 2010 Muscadet de Sèvre et Maine sure Lie from Domaine du Verger which they sell by the glass - had just the right crisp, clean flavour to cut through. (It would match equally well with the French classic of snails with garlic butter I reckon.)

I also tried it with a couple of oysters dressed with a Vietnamese dressing - interestingly not as good as oysters served au naturel.

By the way I’d recommend Berners Tavern if you’re looking for somewhere impressive to eat off Oxford Street. It’s not cheap but it’s one of those clever menus that has something for everyone and is an absolutely gorgeous room. 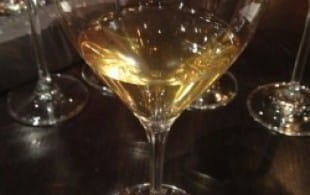 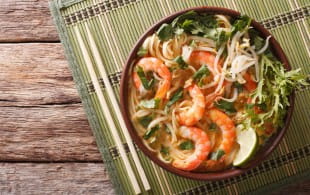 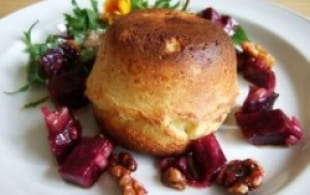 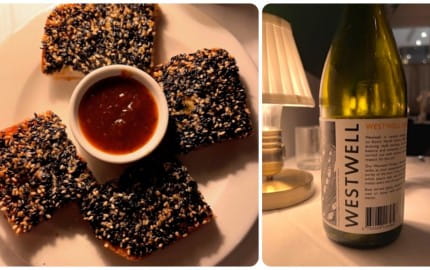 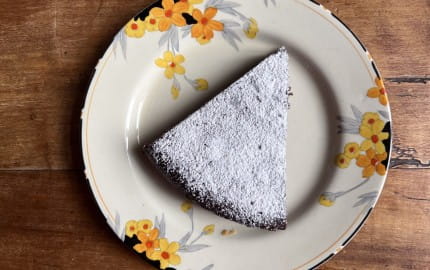