One of my Zoom cooking groups had decided to cook from the Moro cookbook, which was, incredibly, published back in 2001 but still feels really fresh and relevant.

I made a dish which they describe as a paella but which is more like a typical Spanish ‘arroz’ dish made without tomatoes, saffron or seafood. The key ingredients were pork, chorizo and spinach (I substituted chard) but the element which made it so particularly delicious was the slow cooked umami-rich onions and peppers. There was also a spicy note from the pimenton and cascabel chillies which I used as a substitute for the dried nora peppers recommended in the dish but probably needed cooking rather longer than the 15/20 minutes it took to cook the rice.

I tried a couple of reds with it but settled in the end for a glass of Hidalgo’s fabulous Wellington 20 year old palo cortado which chimed in perfectly with all the deep savoury flavours. Amazingly it had been open for weeks but was still wonderfully rich and nutty. You can buy it from indies such as Eynsham Cellars for £28-30 a bottle but Waitrose does a decent own label one for £11.99. A dry amontillado would work too.

I have to say that Spanish rice dishes are a lot easier than risottos (or should that be risotti?) as you don’t have to stir them. And equally, if not more tasty.

For other palo cortado and amontillado pairings click here. 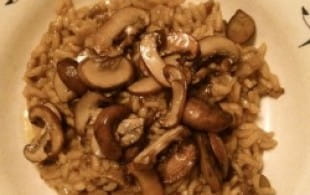 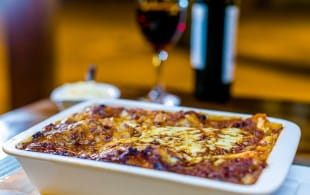 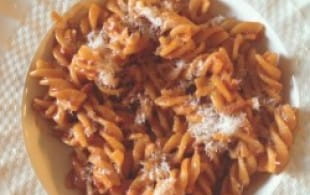