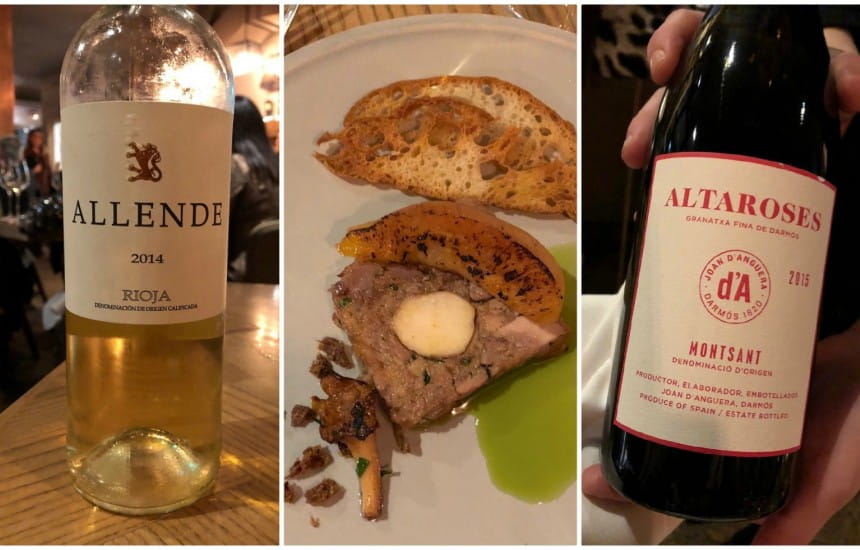 I’ve had a terrific match with a carbonara this week (a dry Italian white called passerina) and a stunning one for a venison casserole (an old Felton Road pinot noir) but the ones I was most intrigued by were with a mature white rioja at a Spanish wine dinner at Asador 44 in Cardiff hosted by wine writer Tim Atkin.

It was a really sumptuous barrel-fermented Finca Allende*, from the 2014 vintage (the most recent vintage) which had the richness and depth of a mature white burgundy - not as intense as the Vina Tondonia blanco but more than most oaked white riojas. (It was also aged in oak for 14 months)

It was officially paired with a rabbit and game terrine with girolles and quince to which it added a quince note of its own but was also great with the next course of confit and roast leg of milk-fed lamb with some pretty punchy sides including charcoal king oyster mushrooms, broccoli with morcilla and romesco and escalivada (a roasted vegetable salad). That was also perfect with its intended match of a rich, spicy Montsant Altaroses 2015 from Joan d’Anguera proving, if you’ll pardon the expression, that there are more ways than one to skin a cat when it comes to wine pairing.

Note neither of those dishes would have worked with the brighter, unoaked style of white rioja which can taste more like a sauvignon blanc - but in the oaked style behaves more like and can be substituted for a red.

For other white rioja pairings see The Best Food Pairings for White Rioja.

I attended the dinner as a guest of Asador 44 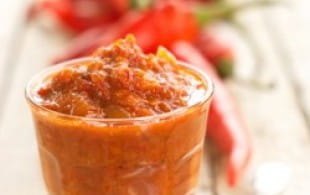