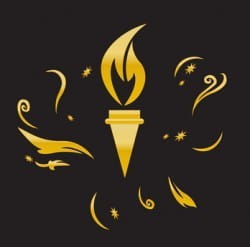 My most exciting food and drink matches of 2012

Regular visitors to the site might have noticed that the title of this annual review has changed this year. Not the 'best’ matches of the year but the ‘most exciting’. That’s partly to avoid trotting out over-familiar pairings like steak and Cabernet or Chablis and crab, excellent though those were but also to reflect that this year has been a particularly inspiring one for food and drink combinations. And not just wine.

Several stem from fascinating trips I went on, others from innovative restaurants like Bubbledogs where the pairing of hot dogs and champagne was at the heart of the restaurant concept. And it was notable how many sweet matches there were among my matches of the week given that I don’t have a particularly sweet tooth:

Barbecue has been huge in London in 2012 and Pitt Cue Co was the place to eat it. And what better to wash it down with than a bourbon and ‘pickleback’, a sweet and sour chaser made of home made pickle juice?

Godello looked set to be the new Albarino in 2012 and so it proved. A delicious crisp Spanish white - spot on with this starter at the stylish Pizarro.

London finally learnt to love Peruvian food this year though pisco still has to make the same impact. If we see more of cocktails like the Pisco Soho (limo aji chilli-infused pisco with elderflower liqueur, cucumber, lime, egg white and cracked black pepper) at Ceviche, I’m sure it will. A perfect match with this delicious citrus-marinated raw fish.

Two discoveries from my first trip to Croatia - how delicious wild asparagus is - we had it at every meal and didn’t get remotely tired of it - and how well it goes with the local Malvazija, a crisp, aromatic white with an appealing floral character

Toasted hay tart with coffee and walnuts with 1981 madeira

One of the standout desserts of the year was at a dinner to celebrate 36 years of one of Bristol's best local restaurants, Bell’s Diner: essentially a hay-infused custard tart with a coffee granita and malt ice cream. Served with a 1981 Pereira d'Olivera Colheita Verdelho. Sensational. Madeira is so underrated except among a handful of aficionados. Maybe that'll change in 2013?

There were so many outstanding pairings from my trip to Las Vegas in May but this breakfast of the lightest, airiest beignets at Bouchon in The Venetian was a great way to start the day.

Maybe the biggest surprise of the year: how well sake goes with oysters or unpasteurised, unfiltered sake does, at least. Discovered at the RAW natural wine fair.

Noodles have been huge in London in 2012 and are definitely more a beer dish than a wine one. I’m going for this delicious sesame-rich dish of udon noodles at Koya with a German weissbier as my top combo.

A trip to Rioja in June provided a chance to retry one of my favourite Spanish dishes, menestra, a fabulous soupy vegetable stew that makes the best of whatever veg are in season - in this case asparagus and artichokes and cardoons. Surprisingly it went brilliantly with a young red Beronia rioja. Read on to find out how and why

Proof that good pub grub can go with fine wine - and that the Nobody Inn’s wine list is worth making a detour for. A total treat.

There’s been plenty of opportunity to eat lobster at a (more or less) affordable price in 2012. This was at Bob Bob Ricard which serves some great wine by the glass including a superb 2007 Kumeu River chardonnay from New Zealand. Lobster + chardonnay = wine matching heaven.

A timely reminder of just how good cider can be with cheese, particularly in its home territory of Normandy. If there’s a better pairing for Camembert (with the possible exception of Pommeau) I’ve yet to try it.

I’ve fallen in love with oaked white Bordeaux again this year - surely one of the most underrated whites around? Here a Chåteau Faugères Bordeaux Blanc 2011 was paired with Asian-style prawn ravioli - a pitch-perfect combination.

The most public pairing of the year, thanks to the very smart Bubbledogs who combined the two to create a one of the hottest London openings of the year. Choose your ‘dog’ carefully though. The breakfast dog worked fine, the kimchee dog less well.

Is there no end to the potential pairings for fino sherry? Seemingly not judging by this surprisingly delicious match with tandoori salmon at a sherry lunch at the Cinnamon Club. Looks like the sherry revival is set to continue.

One of the standout matches from a beer dinner cooked by Aumbry restaurant at the Independent Manchester Beer Convention - a brilliant new craft beer festival. Much more beer pairing in 2013, I predict.

I’ve enjoyed lots of good matches with tawny port this year but this Portuguese version of pain perdu at the Yeatman was sensational with a glass of Taylor’s 20 y.o.

Two other awards this year:

Best paired meal of the year: the lunch cooked by Can Roca at Torres Wine and Culinary Forum in September with perfectly pitched pairings devised by Josep Roca. I'll be putting up my somewhat overdue report on this shortly

Food and wine personality of the year: Francois Chartier, who I also met at the forum, for his seminal book and website Tastebuds and Molecules. I also have a collection of his cookery books I'm looking forward to exploring in 2013.

And, not losing an opportunity to blow our own trumpet, it’s also been a great year for the website which was redesigned back in May. Since then our unique visitor numbers have more than doubled giving us the highest visitor numbers in the site’s six year history.

Cue for a glass of something fizzy to celebrate, I think. Happy 2013!