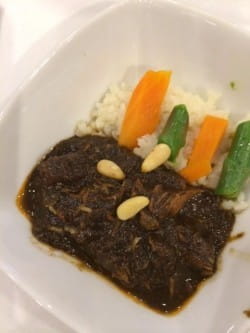 This may well be the most off-the-wall pairing I post this year: chardonnay with a lamb curry? Extraordinary - and this is why

I’ve been at the Wine and Culinary Forum, a biennual exploration of food and wine where I was suggesting food pairings for a star-studded tasting of wines from the Primum Familiae Vini (PFV) an association of 11 of the world’s top family winemakers

There were many fascinating presentations but the most spectacular was a session from the Canadian author François Chartier who takes a molecular approach to food and wine pairing.

He focused on the aromatic compound sotolon which is found in foods including fenugreek, maple syrup, brown sugar and soy sauce and drinks such as dark beers, coffee, aged dark rum, the Hungarian sweet wine Tokaji and aged white wine. He got three chefs to cook dishes that included some of these components but tasted as if they included others - like a dish based on pork fat which tasted as if it included maple syrup but didn’t.

But the dish that makes my match of the week slot was a rogan josh from chef Vineet Bhatia that included the sotolon-rich ingredient huitlacoche a naturally occurring fungus a bit like a truffle which grows on ears of corn. It was served with an unusually (for Indian cuisine) wet rice flavoured with coconut and fenugreek which spectacularly accentuated the sotolon hit. Paired with a mature, rich 2008 Milmanda chardonnay it was simply sensational, freshening the wine and leaving it beautifully in balance with the rich lamb dish.

Chartier has done more than anyone else except perhaps Josep Roca to put food and wine pairing on a scientific footing but although the pairing was undoubtedly dazzling I feel there still remains the problem of expectation. Your senses are telling you that the pairing of a dark curry with a rich chardonnay won’t work which militates against the success of the match in an ordinary dining context. That doesn’t, of course, mean you shouldn’t keep pushing the boundaries as Chartier undoubtedly will. If you want to know more about his theories read his book Tastebuds and Molecules.

Apologies for the photo which was of a tasting sample. Vineet plated up a full-size version with a lamb shank that looked far more spectacular. 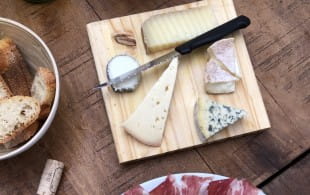 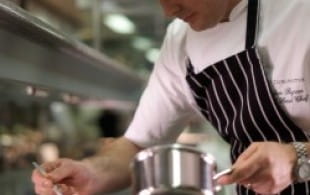 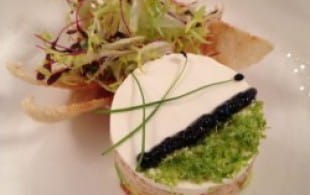