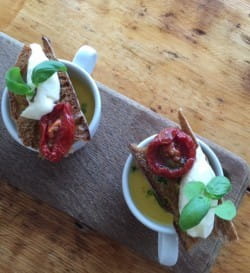 He had entered the dish - a yellow gazpacho made with Isle of Wight tomatoes, horseradish and crème fraîche topped with a crostino with mozzarella and oak-smoked tomato into a competition run by Chase Vodka - the Chase Smoky Mary - and won it.

The dish was strongly flavoured enough to carry the powerful flavour of the smoked vodka which was served as a frozen shot. It paired particularly well - as you might expect - with the smoked tomato.

It was only because it was such a good pairing that it pushed aside the other combination I might have made my match of the week - also at Little Gloster: a Ciu Ciu Le Merlettaie pecorino* with a starter of skordalia, grilled aubergines and courgettes. Garlicky dips are great with crisp fresh zesty whites. A Greek assyrtiko would have worked too.

I ate at Little Gloster as a guest of the restaurant. 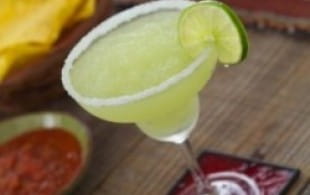 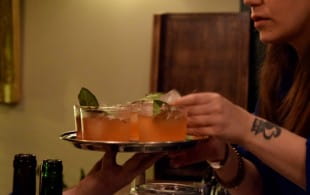 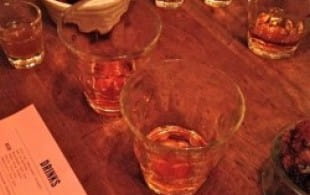 It's an informative article about great combination with wine and food. You can visit our site for wine-pricelist.
http://www.wine-pricelist.com